Write about anything you’d like, but make sure the post includes this sentence:
“I thought we’d never come back from that one.” 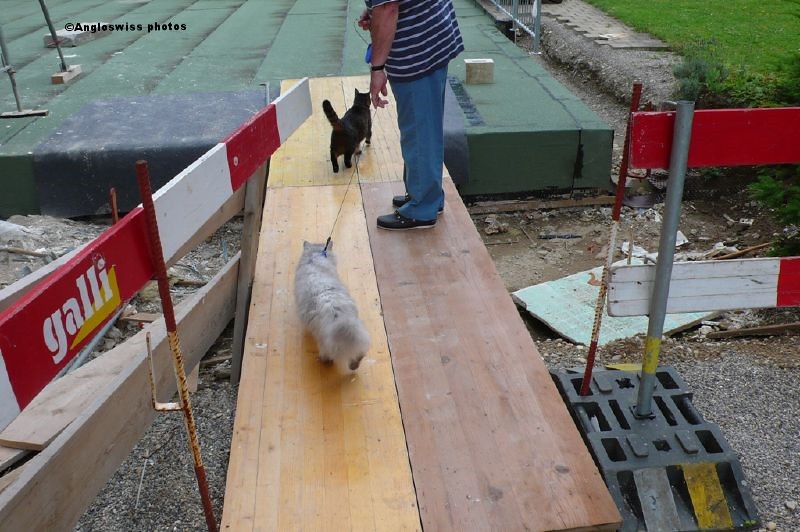 “I will never forget it. Mr. Human says let’s go places so I thought a good idea.”

“True Tabby, I suppose he meant it well. I don’t get out much these days being blind it seems. Must remember to ask what that means. In any case he put on my lead and then we were off. I thought it would be a mouse hunt somewhere in the fields, but he decided we would do one of those human exercise paths.”

“I just came along for the ride Fluffy, but I would have been better off taking a trip to Nirvana in one of my sleeping cycles. No that was definitely not fun.”

“It was all over wooden planks going up and down. Even Mr. Swiss tripped on a piece of metal. He wasn’t happy about that and said a few profanities.”

“Humans always say profanities if something happens they don’t like. Glad that they do not exist in meow”

“But Tabby you sometimes say “dog”.”

“I know that is just a slip of the tail for want of something expressive to say. You must admit when I say “dog” you pick up your ears.”

“Of course, dogs are not my favourite. On that mystery walk with Mr. Human there was a dog that crossed our path. Mr. Human got quite worried when I wanted to go back home. After the encounter of the canine kind things went quite smoothly until you shot off to chase a mouse and I wanted to follow. It was then that the lead got tangled in Mr. Human’s legs and he fell in the mud. He was not happy.”

“It was quite funny. Shame we felines do not know how to laugh. Did you see all that mud on his clothes.”

“I remember when we arrive back to our place. Mrs. Human was not happy and asked where he had been. He said he had gone for a walk with the felines and he added “I thought I would never come back from that one”.”

“I remember her shaking her head wondering how you get covered in mud by going for a walk with two nice felines like us. I think that was the last time he took us out for a walk. Building sites are not the places for felines, that is more canine. We have more refined tastes, strolling in the paths of nature.”