If you could wake up tomorrow and be fluent in any meow you don’t currently speak, which would it be? Why? What’s the first thing you do with your new linguistic skills? 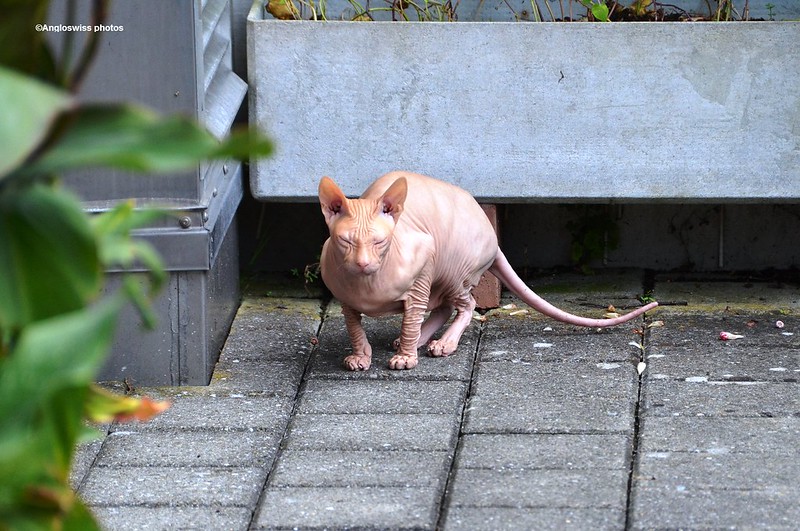 “I mean basically we all speak the same meow, but there are some felines that speak some strange mixtures.”

“I know Tabby, you mean that naked feline who wants to get friendly.”

“Definitely Fluffy. I mean if she had whiskers, or would get her creases flattened, I might make an attempt.”

“I don’t have whiskers Tabby, at least only some of the time. They tend to break off when they arrive at a decent length.”

“But you have interesting whiskers Fluffy. They grow in curves, like a corkscrew. Perhaps we could use them for opening tins where the tuna lays buried.”

“Won’t work Tabby, they are not strong enough.”

“You are lucky Fluffy, at least you have fur to keep you warm. Look at that Sphinx cat, He must be cold.”

“Not always Tabby. I mean how often would you be happy to have a zip on your fur coat in the Summer to cool down. That cat has a built in central heating system.”

“So let’s see, what meow would we want to speak when we wake up?”

“That is a stupid question Tabby, we are constantly waking up because we are often in a permanent sleeping condition. So after what sleep should we wake up and meow different.”

“Yes, it is stupid, we felines have our own way to meow, although I must say Fluffy you tend to meow at the wrong times in the wrong places.”

“What is that supposed to mean?”

“Mrs. Human says it is something to do with being a tom cat, but whilst we females have a soothing meow, your meow can be heard in the next village and during the early mornings hours.”

“Just a small reminder Tabby. You are as much female as I am male.”

“That’s true I suppose, but who wants a screaming bunch of kittens?”