Tell us about your favourite way to get lost in a simple activity — running, hunting birds and mice, sleeping, whatever. What’s it like when you’re in “the zone”? 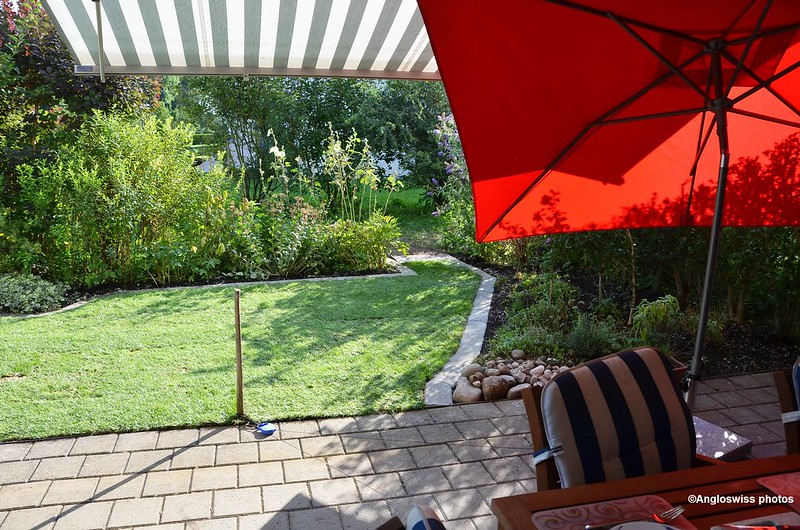 “That is a silly prompt and a silly question Tabby.”

“I cannot agree more Fluffy. Our zone is as far as the eye can see, although I must say that it depends upon the borders we set.”

“Tabby, Fluffy, move over, I want to remove the sun shade.”

“Mrs. Human, do not disturb. It does not come into the question. Fluffy and I want the sun shade to remain in our zone.”

“But the sun is no longer shining.”

“Does that make a difference? If Fluffy and I want the sunshade to remain it remains. And where do you think you are going with that chair?”

“I wanted to put it on the other side of the table so that I could rest my legs on it.”

“And what if Tabby and I want to sit on it. No Mrs. Human, leave everything as it is until we say otherwise.”

“Tabby, Fluffy I also want to sit outside.”

“Did she ask our permission Fluffy?”

“I don’t think so. Mrs. Human Tabby and I will have to discuss it and then we will let you know.”

“But there is enough room for all of us.”

“That is a matter of how you look at it. Basically as far as the space is concerned, it would accommodate us physically, but there is a psychological aspect to take into consideration. What do you think Tabby?”

“I will have to clarify a few details with Mrs. Human. Mrs. Human what do you actually want to do outside.”

“I was thinking about laying on the sun bed for half an hour before I cook the evening meal.”

“Half an hour? But I wanted to lay on the subbed and there is not room for both of us.”

“I was also going to prepare a fine dish of tuna fish for you both when I had rested for my 30 minutes on the subbed.”

“In that case I think we will have to re-examine the case. What do you think Fluffy?”

“There is a detail to be clarified. Mrs. Human after your sun bed thirty minutes, will you go immediately to our dishes and prepare the tuna fish.”