Tell us about a time you did a 180 — changed your views on something, reversed a decision, or acted in a way you ordinarily don’t. 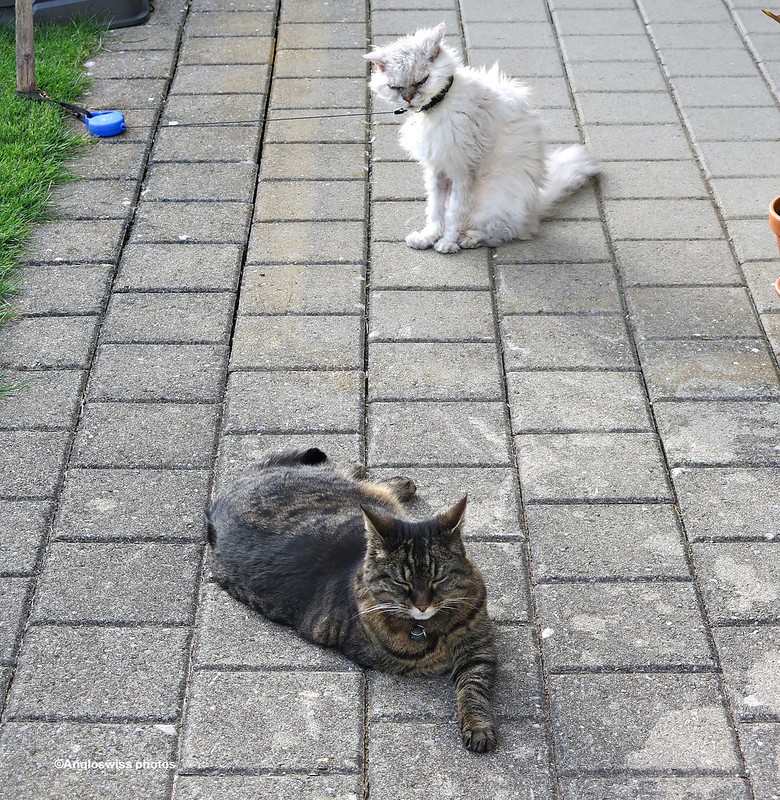 “And? All I heard was a worried Mrs. Human who discovered that she forgot to close the window and Fluffy had disappeared. Mr. Swiss was out and her overgrown kitten was in the bathroom, so she had to drop everything and go on a search party on her own.”

“Fluffy you have to realise that blind felines do not take walks. You could get lost.”

“What’s blind? Forget it, I have asked that one before. I did get lost, it was fun, I had no idea where I was, but everything smelt great. I found a nice piece of land where other felines had been before me and marked their places. It was just getting interesting when I smelt mouse nearby and then I heard those funny noises that humans make and Mrs. Human appeared. She even seemed to be glad to see me. She was not very happy about carrying me home.”

“I don’t suppose she was Fluffy, you do not exactly sit in her arms licking her and muttering sounds of happiness do you?”

“Of course not, I was unhappy. She had captured me again, but I struggled all the way home.”

“I know, I heard her screams of pain when you scratched her on the way.”

“But I proved my point Tabby, that is the main thing.”

“Ok, so that was the daily excitement. How Fluffy turned 180 degrees and did the great escape.”