When you do something scary or stressful — bungee jumping, public speaking, etc. — do you prefer to be surrounded by friends or by strangers? Why? 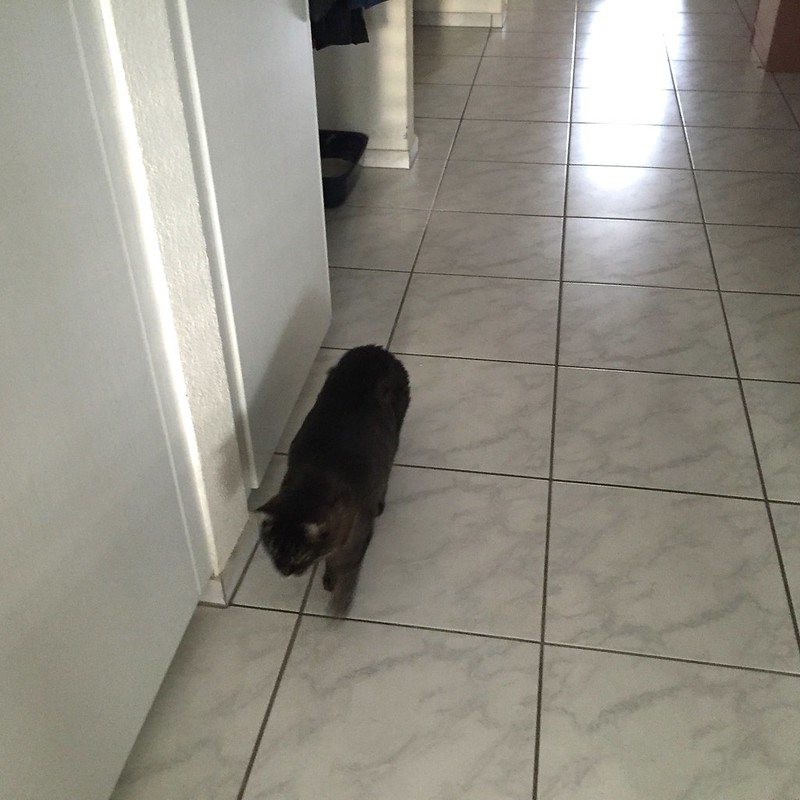 “That bird out there whistling and screaming “murder”, “help”.”

“I was just having an hour of innocent bird watching. It was so fascinating to see how our feathered friends fight for a front row place on the feeding station, and they that big juicy bird fell off the platform. The other birds all flew over to see what had happened and the bird that had fallen was trying to stand again.”

“What happened afterwards, Did you attack the bird and try to capture it.?”

“Not exactly Mrs. Human. Of course I wanted to help the little bird to stand up again and fly away. I was just going to close my teeth around its body and it began to scream and accuse me of wanting to eat it.”

“No, Mrs. Human it wasn’t like that. As I picked up the bird in my teeth, to help of course. I mean it might have been injured. I had to drop it.”

“I noticed it was too heavy to lift and carry. Suddenly there were more birds all laughing at me, so I decided to run for it.”

“You were afraid of the other birds.”

“The problem is they are all a little overweight. It seems that they often fall from their perch on the tree and the feeding station. Perhaps you are feeding them too much Mrs. Human.”

“The blackbirds are now as big as me and even the sparrows are developing muscles on their wings. I tell you it all reminds me of the Alfred Hitchpaw film “The Feline Killing Birds”. I am not going out into that garden, no way, until you stop feeding them.”

“But then they will be hungry and lose the nice fat layer they have built up to keep them warm in Winter.”

“Exactly Mrs. Human. I don’t like fat on my birdmeat, prefer it nice and lean.”