Go to your Stats page and check your top 3-5 posts. Why do you think they’ve been successful? Find the connection between them, and write about it. 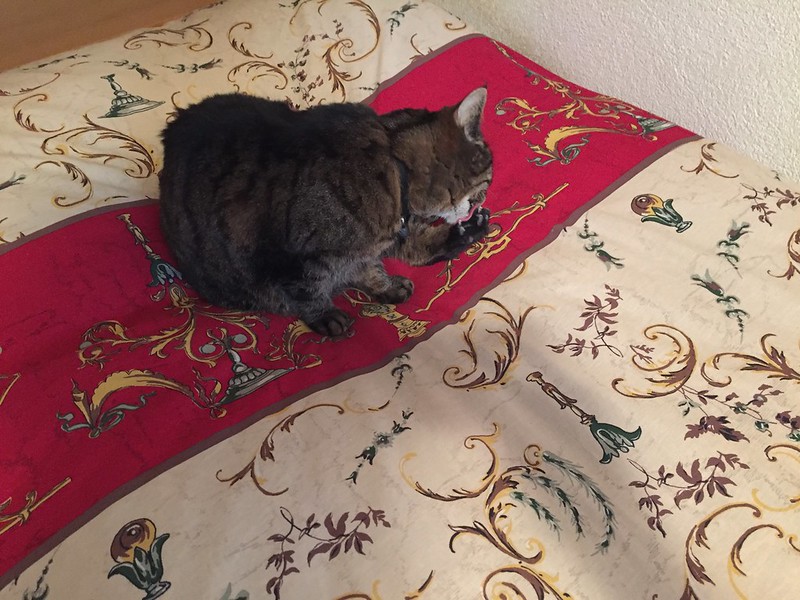 Tabby reporting from the feline blogging headquarters. Mrs. Human took one look at today’s prompt, shook her head an decided to leave me to it. I cannot understand these humans sometimes.

Of course you are all waiting to hear about my best blog of all time. To be quite honest it was a difficult decision. They are all good, perfect, irresistible but I pawed my way through the statistic and discovered this epic piece of feline blog.

The Return of the Leaf Soldiers

Of course it was an epic dramatic work. When a leaf soldier lays in waiting, there is a certain amount of risk involved. I had to be careful not to hurt their feelings in my writing. They could have returned to revenge themselves. I am now writing a book on the subject and interest has already been shown by Feline Reuters for the first rights to publish. They made a few corrections as the society for prevention of cruelty to leaves complained. They found that their were too many negative comments against the leaves and they were threatening to strike and no longer fall from the trees. They felt they were being taken advantage of as my remarks lead the trees to believe that the leaves were fighting a losing battle.

Perhaps I was being to harsh on them and should have left some survivors. And now, be patient, the final part of this trilogy will appear this year, some time in Autumn. This time I have secured the engagement of the neighbour’s feline to fight alongside. Her paws are bigger than mine, but together we are strong.