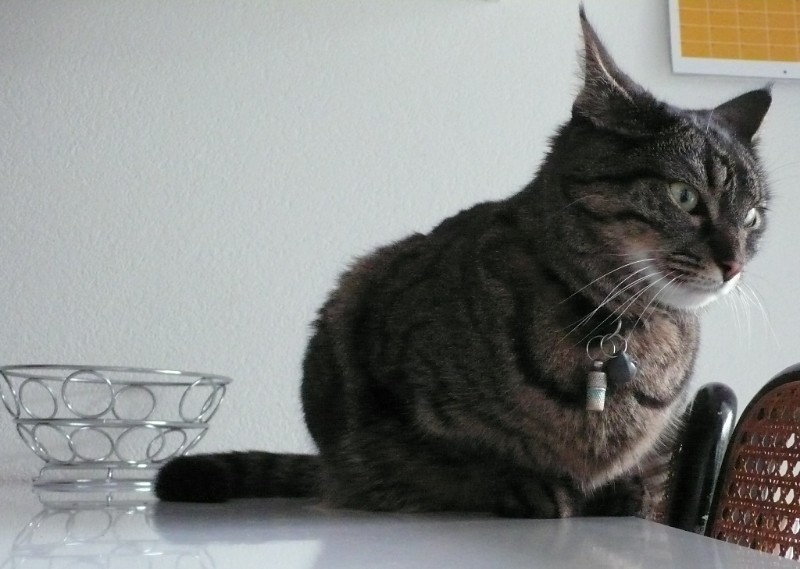 “That was a quick entrance through the cat flap Tabby.”

“I was being chased, and had to escape.”

“I didn’t see any other felines. Who was chasing you.”

“It was an invisible force, my fur stood up, my ears were pinned back and I even had to close my eyes. There is something unknown out there, I think it is something to do with the leaf soldiers. Probably a practice session.”

“The leaf soldiers, but I though they only appeared in Autumn, when you had to kill them as they fell to the ground.”

“Tabby, don’t you think you are confusing this enemy with the wind.”

“Yes, it blows and when the leaves become weaker in autumn, the fall to the ground. They are not soldiers, just fallen leaves.”

“Calll them what you want, but they fall on my head and are to be followed and pounced on until they are killed. But now we have a greater enemy, the wind?”

“It is not your enemy, you should not try to fight against it. If you turn it will be behind you and can even be a help to push you along quicker.”

“I will have to think about it. But what if it rains as well?”

“You can always come home and wait until it stops raining.”

“I think I will wait until the wind stops blowing as well. I prefer to watch through the window. It is probably some sort of leaf soldier training programme.”

Daily Feline Prompt: The Feline and the Wind