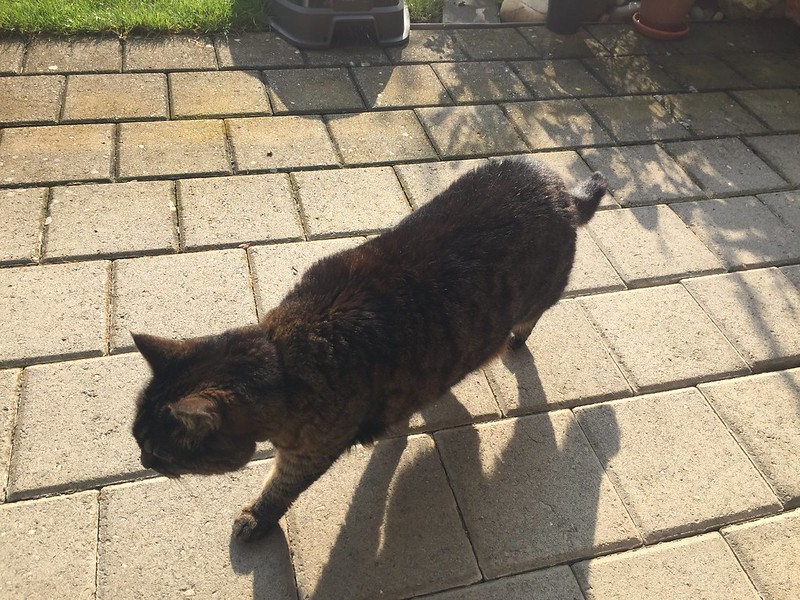 “Going on a hike Tabby?”

“Yes, of course. The water is no longer falling down and I have decided to do something for my physical and mental well-being.”

“Do not go too far Tabby, I do not want you to get lost.”

“Mrs. Human, felines do not “get lost” as you put it. We have our own built in sonar system. Humans have only five senses, we felines have six. We have an integrated homing device.”

“How does that work Tabby.”

“It is far too complicated for a human to understand. We just feel it, we sense where to go, there is a sort of energy that comes from our internal organs that tells you which way to go. Apart from that, it is the homing smell.”

“Of course you smell, all humans smell, they have their own sort of scent.”

“But I have a shower every day and wash my hands often. I even clean my teeth three times a day.”

“But you still smell Mrs. Human. Don’t worry about it, it is not every creature as the feline that spreads a wonderful scent where it treads. Where my paws meet the earth, lotus blossoms grow and flower.”

“Just because you do not see them, it does not mean they do not exist.

It is a proven matter that the apes appeared before the humans and that the felines were there before the apes, so it cannot be that Siddartha was there first. In any case Siddartha was a feline, and the steps were followed by the lotus blossoms, on each four paws. Humans were never very original in their ideas. I am going now, in the words of Buddha Paws “It is better to travel well than to arrive” and with the help of the lotus blossoms on the way I will travel on scented paws. Just be sure to serve the tuna fish  before I come home to ensure that I can smell my way through the fields of scented lilies and roses.”

“But I though you had a constant supply of lotus blossoms on the way.”

“You have to be sure, so I take some rose petals and lilies with me as well.”

“Also from the paws?”

“No, they appear in the whiskers. Yes, we felines harbour many mysteries and perfections. That’s the difference between humans and felines. We can do it and humans wish they could.”