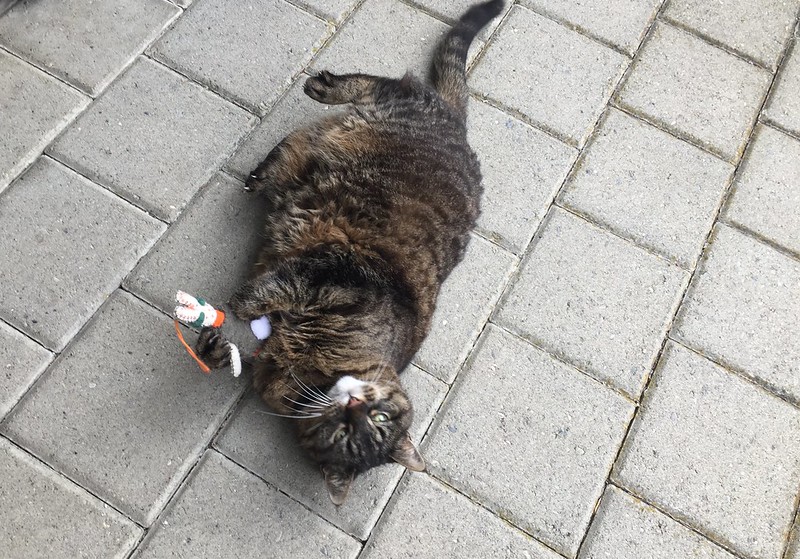 “Tabby you are making such funny noises. Not at all like the graceful Tabby feline you are.”

“Yeah, what a feeling, up to the points of my whiskers. Let’s rock and roll and sway to the vibes Woozy.”

“Woozy if my friend, we are swaying to the vibes of the juice,it’s a real hit, the best stuff Mr. Swiss has ever brought home.” 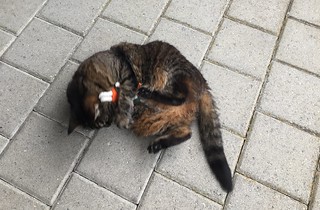 “Yea, meow stuff, but he called it Baldrian and Woozy, my new mascot got a sniff on his covers. Hey it’s the real thing, you get higher than a cat’s ear flap. Come’on Woozy, let’s hug together and float a little.”

“That is not the idea Tabby. Baldrian is for humans if they cannot sleep, Just a drop in a cup of tea, but not a cat toy full. ”

“No problem, it makes you go places that you never visit otherwise. I just saw the neighbours cat flying up to the apple tree with wings on his back.”

“No, Tabby, that is an illusion, felines do not have wings.”

“Or course they do, have a sniff at Woozy, my new colleague, he will tell you all about it, won’t you Woozy?”

“Tabby Woozy is a stuffed doll and cannot talk.” 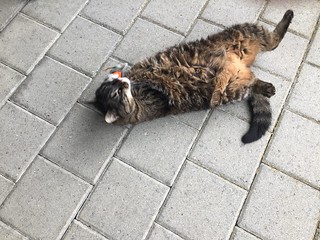 “But everything can talk Mrs. Human. Even the vitamin pellets are talking to me since a drop of this Baldrian stuff landed on them. I think I will now produce the hairball of the year Mrs. Human. Perhaps it might talk to me when it arrives.”

“No, Tabby, this stuff is worse than catnip.”

“But not as strong, I need more. I have stopped floating. Even the lotus flowers that appear beneath my paws are wiling.”

“Tabby there ar no lotus flowers here, just grass and I think your trip is now coming to an end. Tabby, Tabby, can you hear me? She has fallen asleep, I think her trip on balrian has knocked her out. I hope she does not have withrawal symptoms -nothing worse than a feline meowing all night for another dosis.” 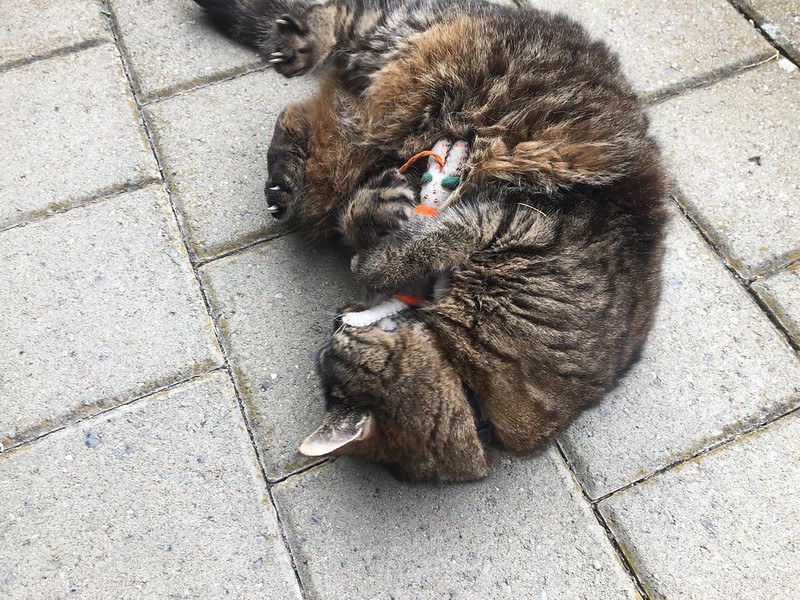