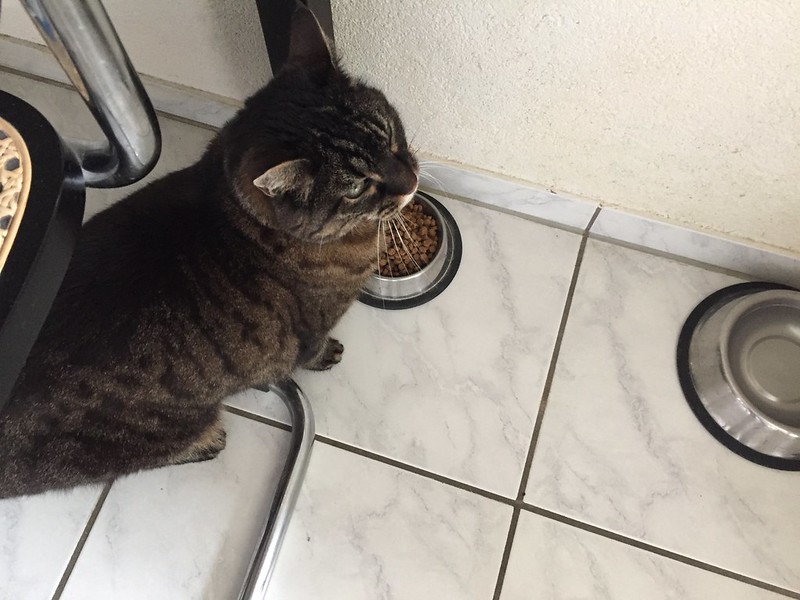 I will have to take this one in paw myself as a Tabby feline with the MacDonalds “M” on the forehead. Will someone translate “promise” into meow. Even Mrs. Human cannot do it. She has quite a good meow vocabulary and is now searching for a suitable word. She tells me that it does not seem to exist in meow.

I could have told her that before she began to search. A feline that makes a promise is like a  bowl of vitamin dried pellets. It has no substance, no real meaning, just a superfluous taste with no depth and so would be the feline promises. If the feline next door promised not to invade my territory, drink from my water bowl, nor eat my tuna fish when I was not looking, I would laugh, knowing that these would just be empty words with no depth, or he was ready for the feline funny farm.

I believe according to an edict from Bastet, the word “promise” was qualified as not being non meowable. She organised a complete committee of learned felines to study and find a suitable meow expression. They met for a discussion, but it resulted in a variety of hisses, paw fights and some scratch problems. I believe that two felines had to be re-programmed as they lost the meow thread completely.

Just to make the point clear, “promise” is a foreign word in meow. It is impossible to translate, because we cannot find a meaning and do not know what the idea of a promise is. We lived for centuries in the old country in the corn chambers keeping the mouse population to a sensible amount. We were working as witch helpers, but this strange word “promise” was not necessary. I think one of the felines at the time managed to say the word and was promptly burnt with the witch he owned, so it did no good and no-one believed him in any case.

Today we have the motto “I, me and myself”. There is no room for the word “promise”. And who needs promises if you are a feline?