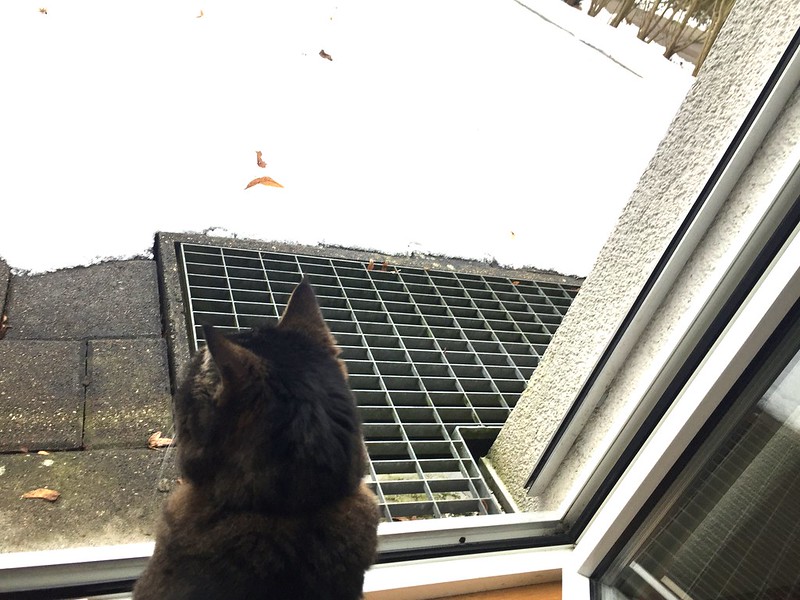 “Mrs. Human, look the snow is dying. I must have killed it.”

“You attacked the snow Tabby?” 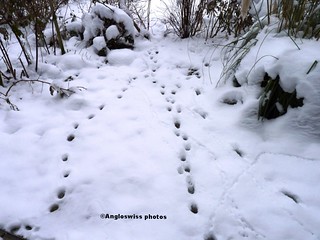 “I did my best, the snow fought back trying to force my paws into retreat, but I was brave and continued to the cold and bitter end. Look, I even made holes in the snow, and the water dripped from its wounds. I am no longer afraid of the white peril, I forced it to submit to my feline powers.”

“Tabby, perhaps it was because it was raining and the snow began to melt. You cannot kill snow, because it does not live.”

“Of course it lives, it grows, so it must live. I forced it to surrender. I knew I would do it someday. I deserve the Order of the Bastet Empire for my brave deeds, at least a Purrhood.”

“Sounds very good Tabby, but what are you going to do if the snow returns.”

“Return? I have conquered the snow, and it is disappearing. It would not dare to return.”

“The weather forecast said we now have a wam spell with rain, but next week there will be freezing temperatures and it will begin to snow again.”

“No chance Mrs. Human, at least not in my territory.”

“Sorry to disappoint you Tabby, but when it snows it snows everywhere.

“You mean I will have to fight again to conquer the evil snow. Order two pairs of fur lined boots for my paws, I need a snow fighting uniform. You can fight on my side Mrs. Human, with a snow shovel to kill it when it falls.”

“No, Tabby, no way am I going out in the falling snow, it melts eventually.”

“That is not the snow fighting spirit Mrs. Human. I chose you as my slave as I was convinced you were a gladiator amongst humans, and you are frightenend of a little bit of snow.”

“And you Tabby, you are not frightened.”

“Me frightened of snow, never, well almost never. My first fight was a success. I did it all on my own because my cowardly human refused to support me in the fight. And I will continue. I will now inspect the progress of the fight and perhaps drink some dead snow to show how dauntless I am. It will be a warning to the snow to think twice before arriving again. As the famous feline mountainer Sir Paws Hilary said “It is not the snow we conquer, but ourselves.” 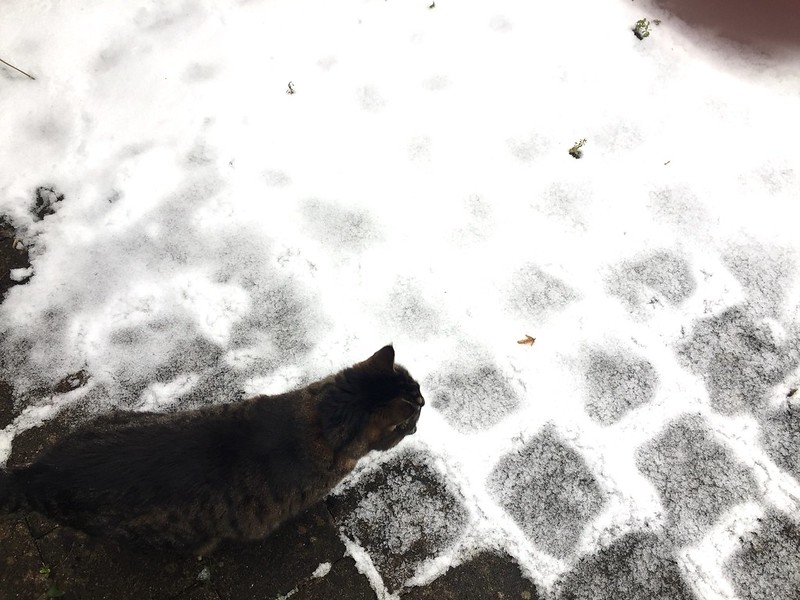