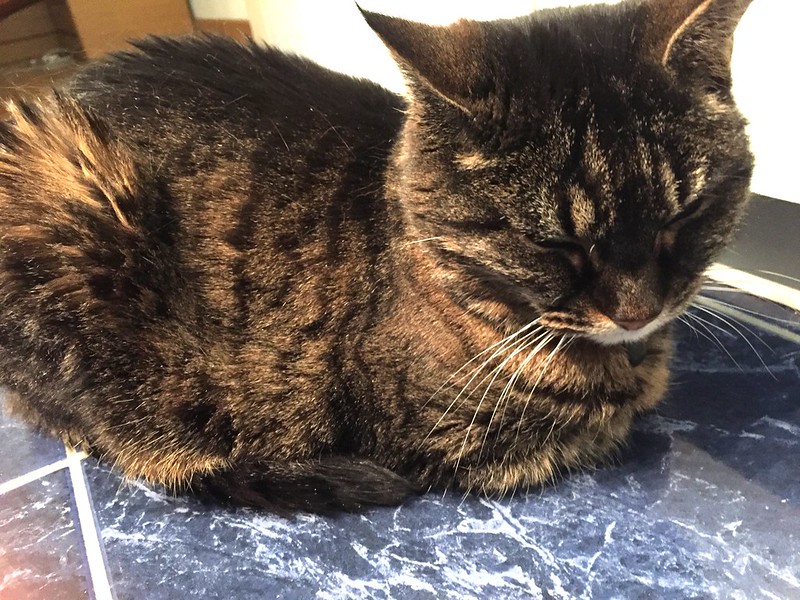 Of course I have a private life, my complete feline existence is built on private. However, now and again I must make allowances for the human factor. The essence of a perfect feline life is to be left in peace and quite, no disturbances, except for the supply of food. The original idea of feline life, was that we are independent. We hunt for our food, drink water where it falls, and lead our own secure lives.

However one day the humans had problems in the old country. They were not as independent as we felines and needed all sorts of assistance. Their corn supplies were being devoured by the mice. Instead of hunting for the mice and organising their own methods, they came to Bastet, our queen, knowing she was wise and was very partial to mice herself. Afer working out a contract with the humans, that all the mice her army captured became property of the feline race. the deal was made and within a few days the mice in the corn chambers were reduced to a minimum. Of course some were left otherwise the humans would have cancelled the deal, and it was a very profitable deal for the felines.

Unfotunately a side effect fromt he whole event, was they we felines engaged the humans as our staff to ensure that we were fed regularly and given to drink. We also stipulated that suitable living space should be handed over and today there we are, at the mercy of the humans. Of course it is all a matter of correct training. Mrs. Human often forgets that I prefer real meat and fish as opposed to the chemical assembly of vitamin pellets. It seems that it is easier to fill a food bowl from a plastic bag than open a tin and fill the dish with chunks of appetitisng fish. The problem is that humans are taking advantage of the fact that although we felines are perfect creatures, someone forgot to give us opposable thumbs and we cannot open the tins ourselves, but we are working on that one.

Of course the removal of my recycling material is another problem, but we trained the humans to supply us with a tray filled with a substance to cover any embarrassing recycled objects. This works quite well, Mrs. Human is very sensistive to smell which is a lucky human trait.

And now to take a rest in one of my very own private sleeping places, also provided by the human elements, and this all because they did not know how to keep the mice under control without our support and help.

Daily Feline Prompt: The private life of a feline