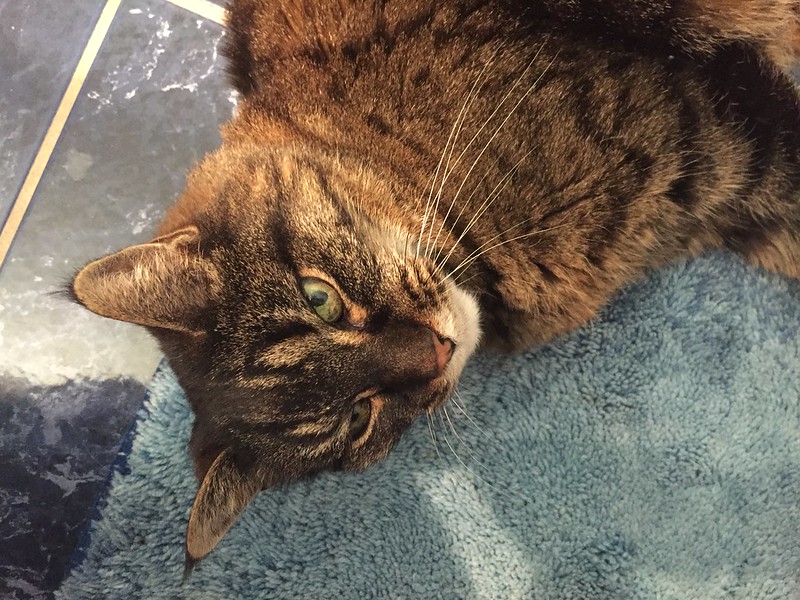 “I suppose you would Tabby. When you sleep at least 23 hours a day you must dream a lot.”

“No Mrs. Human, I do not mean that sort of feline meditative dream, I had an action dream where you are involved as my assistant.”

“What do I have to do now, I do not have room for a fish tank to keep your own tuna fish.”

“No Mrs. Human, life does not revolve around tuna fish, at least not all the time, only when I am hungry.”

“I do not have wishes, only needs. You must build a wall around my territory to keep out the invaders and foreign elements.”

“A wall. If I have my own wall, life will be so much better for all.I will not have to share with other felines that always want to invade my territory. They drink from my water bowl and Roschti, the neighbour’s feline has even eaten vitamin pellets from my food bowl inside when you leave the window open.”

“No Tabby, I do not build walls. I am not living in a place where we need walls to keep others out.”

“But other humans command it to be done. And you should build the wall now, there is no time to lose, before they begin to arrive and intrude and move in on my territory.”

“Tabby we have two or three felines also living here, so there is no danger that they will possess your territory. They have their own territory where they live. Forget it. And Roschti only ate some vitamin pellets from your bowl. I thought you did not like them.”

“That is not the point Mrs. Human, what’s mine is mine. Other felines are different, they smell different, and some even have other sorts of whiskers or are fluffy.”

“No Tabby, does not come into the question that I am surrounding the garden with a wall. And who is going to pay for the wall.”

“I thought you would pay at the beginning, but afterwards we could charge the invaders to pay a share a well.”

“How do you want to do that. If there is a wall that prevents them from entering, they certainly will not pay for it”

“You are the human, you can organise that part of it.”

“Oh, that part was not in my dream. I only dreamt that there was a wall to keep everyone out.”

“Think about it Tabby, walls are not always the answer. You will be missing a lot if you are walled in. And you will definitely no longer be allowed to enter the territory belonging to the other felines. They might build a wall as well.”

“Ok forget the wall, I was just being progressive.”