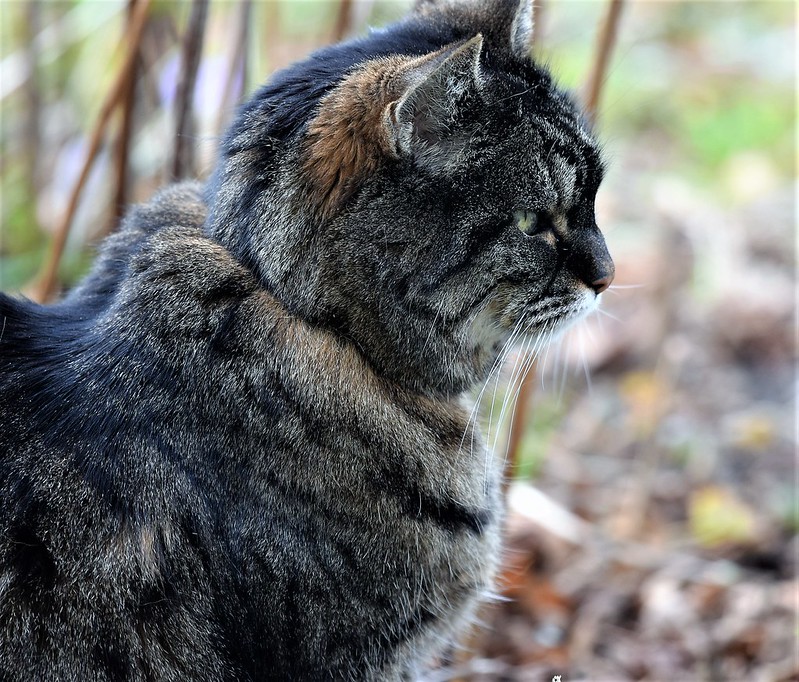 “Mrs. Human, what is that for a silly question. For a feline that causes lotus flowers to spring beneath its paws when walking, I have no interest in jiggling, although I remember great uncle Paddy Cat in Dublin. He was a great jiggler. All the felines would meow together and he would begin to jiggle to the tune. He was quite famous.”

“You seem to have a large family Tabby?”

“That is a matter of calculation. An average female produces 4-5 kittens, sometimes more, sometimes less. It can be that 2, perhaps 3 fathers are involved in the production. Eventually we are not even sure if we kittens are only half brothers and sisters, and so to simplify matters, we decide to forget such details as it is the relationship that counts. I think great uncle Paddy was actually on the third or fourth branch of the family connections, but he was a good dancer.”

“But Tabby, you can also jiggle quite well, when I switch on the laser pointer. You chase after the light constantly.”

“You cannot kill it Tabby, it is just a light reflection.”

“You mean it doesn’t breathe.”

“Can you kill batteries.”

“No, they eventually no longer work.”

“You mean they commit suicide.”

“I will have to sleep over that one. Perhaps in the meanwhile, as a good night supper, you could jiggle with the can opener and serve some tuna fish.”

“What a clever way to use the word, even if it does not exist in meow.”

“Yes, I might even now include it in my vocabulary. And afterwards I will jiggle off to bed.”