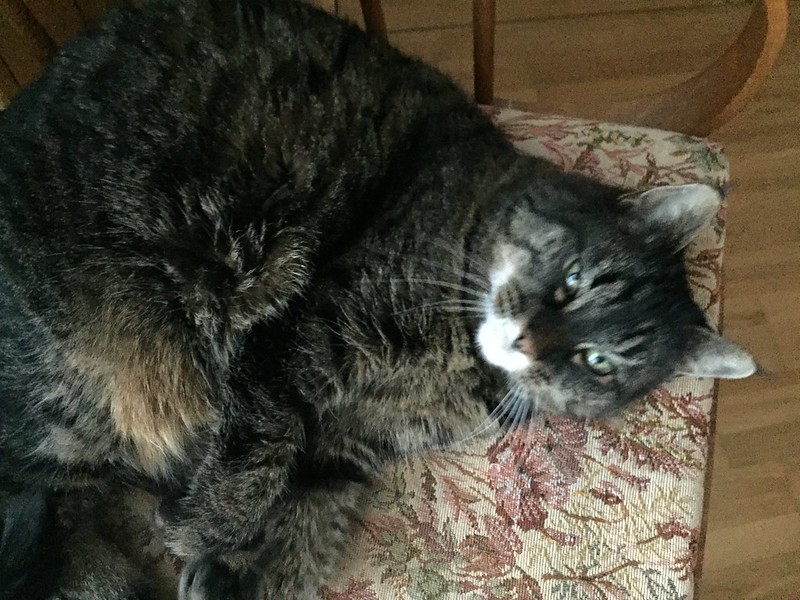 “Of course I am the centre of attention Mrs. Human. I am the most intelligent here. I am the best looking and I know everything better. You should be satisfied that I even bother to speak to you, once being a god. We felines do not meow with everyone.”

“Of course Tabby, it is always Tabby first.”

“I hope so. There is even a human that copies my words of wisdom I heard. He definitely gets his ideas from his feline.”

“How do you know Tabby.”

“Because his feline is a distant relative of Roschti, the ginger tom from next door. I told you never trust a ginger feline, they want to rule the world through their servants. They are sure that everything that is different is something to be removed from their surroundings. The even choose servants that look like them. I heard that they are now segregating the felines with the Macdonalds “M” on their forehead, as they fear our superior intelligence. Thank goodness this is not happening in my territory.”

“I did not realise that felines have such problems, they all look alike to me.*

“Typical human, all you see are the wiskers, the paws and the tail. Inside we are sensitive creatures, to be cared for and treated with respect, unless they are ginger toms, which are to be ignored. Never let a ginger tom into my territory Mr. Human. As soon as they put one paw over the border, they arrive with all four paws and we superior Tabby felines with the Macdonald’s “M” will be pushed into a corner.”

“But I find Roschti a very nice feline.”

“Only felines understand other felines Mr. Human, especially if they were worshipped as gods like my ancestors. Never trust a ginger tom, they are all fakes.”

“OK, Tabby, is there anything else you would like to make your day perfect?”

“A bowl of tuna fish, room temperature, with a garnish of tarragon. We also eat with the eyes and the whiskers.”