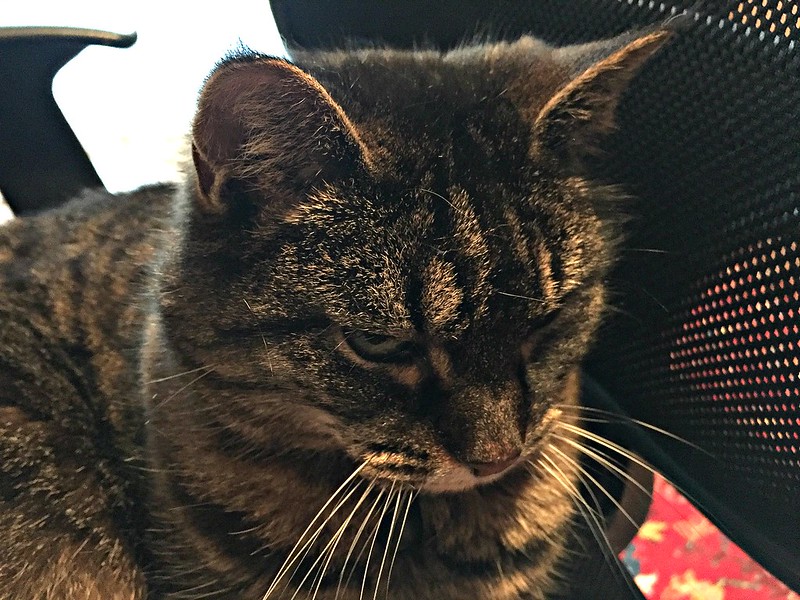 “Mrs. Human I have found a very interesting site on my Pawpad. Gifts that your feline and canine deserve and I have sent you the link. I am sure you could make a list of articles to fulfil my feline life.”

“But they are very expensive Tabby. A gold thread pet mattress for $3,000. Why would you need one?”

“It is not a question of needing anything Mrs. Human, more in the sense of deserving. I am sure I could sleep much better on gold thread. And the pet bowl designed by Paws Versace for a mere $754 would be perfect. I am sure the food would taste better. Did you see it is even designed with genuine gold. You do not have to bother with the diamond encrusted dog collar, as that would be a little below my value. After all it is felines first, although perhaps they make a special excution for felines. The Swarovski cat flap is still being sold, for a mere $1,644. I would order now Mrs. Human, that sort of thing is sold out quickly and I would not want something that everything feline in the neighbourhood has.”

“Do not worry so much Tabby. In your neighbourhood there is no danger of all the felines have such luxury goods. They are satisfied with a warm comfortable bed and a normal cat flap.”

“That is the normal average feline Mrs. Human, but you must admit I am something special. Perhaps you could have a special engraving made on the cat flap with a Macdonalds “M” to show that it is my personal possession. I noticed a Kitty crystal bed which would be ideal with curtains to avoid disturbances from humans, only $31,660.”

“Yes that would be ideal for you to rest your tired bones after an exhausting day at the villa Human. What about some nice feline perfume, to make you smell better.”

“No Mrs. Human, that would be overdoing it, and at $65 it would be a cheap perfume, although that is the canine price. I will send a pawmail and ask if they also do the feline execution  which will probably cost more. After all, we felines do have a speical taste.”

“Yes Tabby, I am sure. In the meanwhile you can curl up and sleep in your cushion that I bought at the supermarket for $5, and enter and leave through your custom made cat flap that every feline in the area has. I also think your custom made collar would serve its purpose, as carrying those heavy diamonds would tire you. And your tuna fish, or vitamin pellets, taste the same in a Versace bowl or a supermarket bowl. Tabby where are you going?”

“I am having a rest on my store bought uncomforable cushion and will drown my sorrows in a some water from my normal average drinking bowl. Such is the life of a feline that chose the wrong human to own. I should have chose that guy that lives in Trump Towers, I would even have my own embroidered bath robe with the name “Tabby” on it.”