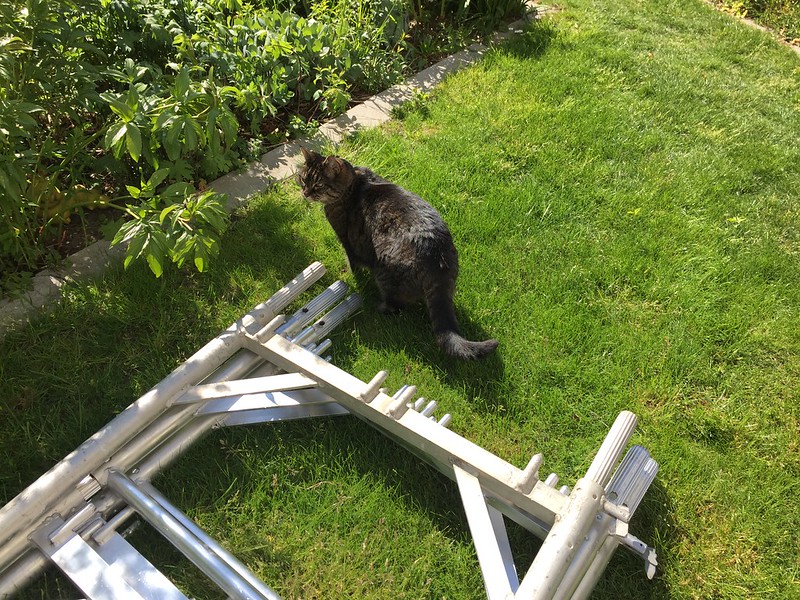 “Mrs. Human, what are those spiky things doing on my territory.”

“The builders put them there Tabby.”

“But they did not ask my permission.”

“They do not have to ask for permission. They have work to do. They will be making our home nicer, with lots of new things to make it stronger.”

“But I do not remember that they asked for my permission. I do not like spiky things on my lawn, my territory. How can I stretch full length with an obstacle in my way.”

“Do not worry Tabby, it will not be there for long. They will soon encase the complete building in this metal pieces and even equip them with stairs and platforms.”

“Great, then it will be an extension to my territory.”

“Not exactly Tabby. You must be careful, I had to rescue Roschti yesterday as he got trapped on one of the platforms and did not know how to return.”

“Obviously Mrs. Human. The Roschti tribe as not as advanced as the Tabby “MacDonalds “M” on the forehead” tribe. They only learned to climb up but did not bother to learn how to return. Did he hurt himself?”

“No, Tabby, I helped him to find the way back.”

“Mrs. Human, that is known as fraternising with the enemy. The next time let him find his own way back.”

“But Tabby he could have had an accident if he had fallen.”

“Not my problem. His own fault for climbing in places where he shouldn’t climb.”

“But that could happen to you as well Tabby.”

“No chance, I am far too intelligent to make such a stupid mistake. Did you take a photo of him stranded on the scaffolding? I could use it on my Pawbook page as one of those jokes.”

“Yes, Tabby I took his photo, but not as a joke, but to show you how dangerous it can be.”

“Only dangerous for stupid felines like Roschti. So let’s put the photo on my blog a a warning to all stupid felines that they should not climb everywhere.” 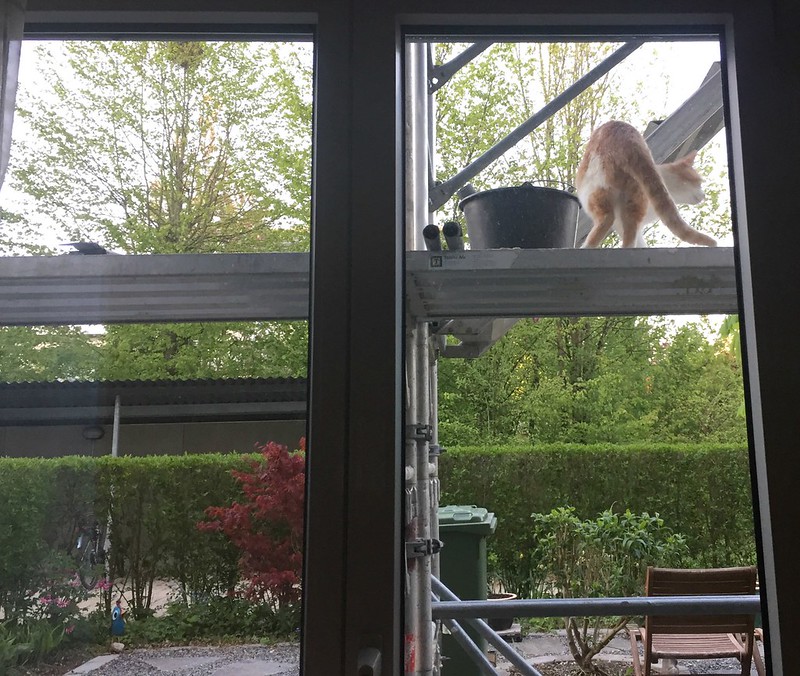