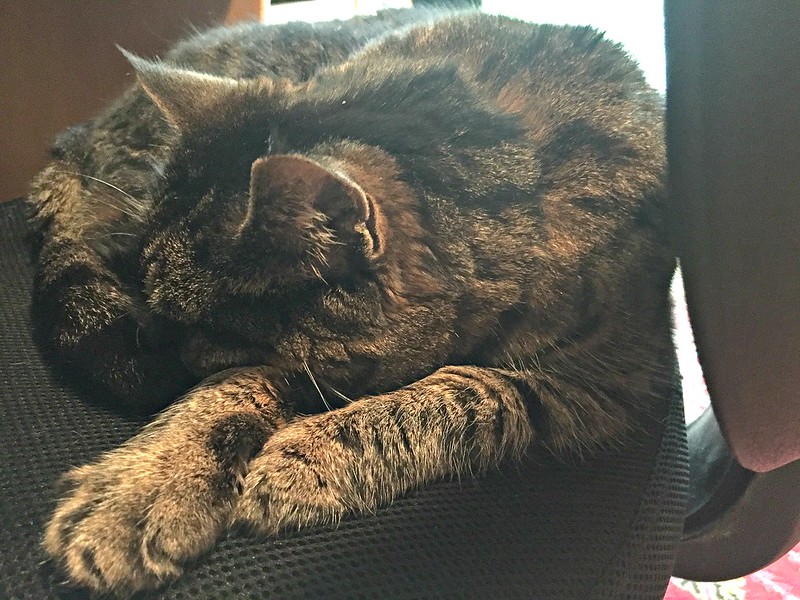 I had a dream, I often have dreams. If your sleep for 23 hours during the day and spend an hour looking for somewhere to sleep, you have to fill the time in somehow. There was a long road and nothing to be seen anywhere. A lonely feline was walking, tired and hungry and her kittens were about to arrive any moment.

Suddenly there was a flash and a bang and a human appeared from nowhere. He was dressed in yellow in a onesie, you know like those one piece training suits. He had a big red badge stitched to his dress with an “M” in the middle, and was wearing red and white striped socks and big red boots. I know what you are thinking, felines cannot see colours. Of course we cannot when we are awake, but in our dreams we see everything.

Anyhow this figure saw the lonely feline, took it in his arms and flew along the road where there was a house in the same colours as his dress. The feline sniffed and discoverd the air was full of wonderful smells. The figure with the big M entered the house.

“Oh how sweet Ronald, a lovely tabby cat, but I think she is having kittens. Put her in that nice warm basket, lined with the cushion with the “M” on it.”

And so it happened that the lone feline now became a member of the MacDonald family. The kittens were healthy and were well looked after. They could eat as many hamburgers as they wanted. They had arrived in hamburger land.

And then I awoke. I was sure I had found the source of my roots in my dream. Yes, I was descended from an original Ronald MacDonald feline.