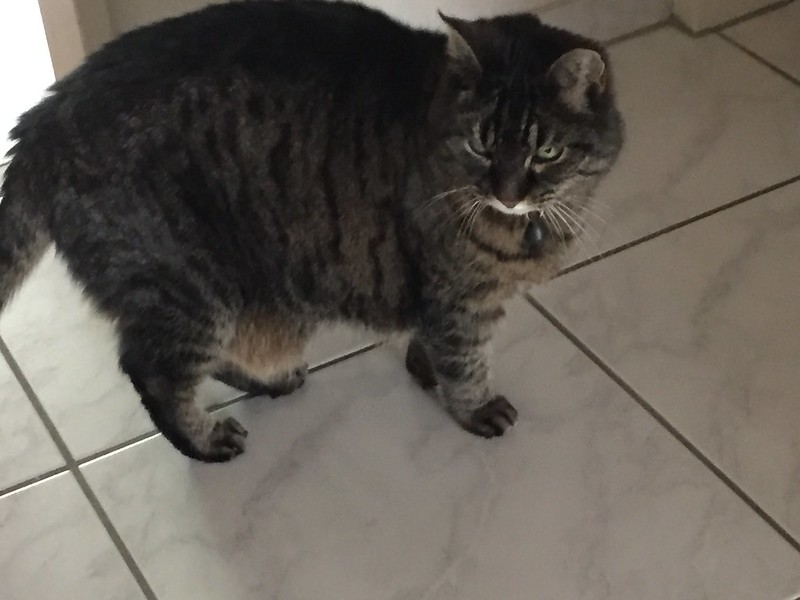 “In the human world there are always strange things happening.”

“No Tabby, there was a scratch at the door and a feline was standing there, asking where she could find Tabby with the Macdonalds M on the forehead. I told her you were sleeping and she could call back later. She said she would prefer to wait outside. In the meanwhile I had a look and now there is a whole line of felines, at least ten, and they are all asking to see you”

“Great, my advertisement must have worked.”

“The funny thing was they were all asking when the tuna fish would be distributed.”

“Typical I suppose, Mrs. Human, I suppose we felines are basically materialists. In the meanwhile you can tell the first feline I am now awake and ready for an interview.”

“Yes, I have decided I need an apprentice. A feline to look after the trivial jobs I have to deal with, such as looking after my hair ball collection and keeping an eye on my territoriy.”

“But you can do that yourself Tabby. And why the tuna fish?”

“Felines do not do anything for nothing, you must pay them in kind. So where is the first?”

“I suppose it would be Roschti, the neighbour’s feline. He has been waiting since this morning.”

“Send him away, he is not qualified. If I engage him I will eventually become the apprentice.”

“What about the next feline. He looks very sweet.”

“Definitely in human terms of the word, but I do not like the look of his claws. They are sharpened to a very sharp point. You can send him away.”

“The next one does not look to bad, although he smells. No, I think I must forget the whole idea. That is the result of advertising in Pawbook, the word gets around and eventually you have a feline invasion. They just want to profit from the tuna fish. Mrs. Human send them away, I will have to continue as always.”

“Mrs. Human my recycling tray has been used, empty it and my water bowl needs a fresh supply of water, stirred not shaken. It is also time for a fresh dish of tuna fish, garnished with a slight sprinkle of tarragon to enhance the highlights.  And I think you should refill my supply of tuna fish, there are only 2 tins left. Yes, Mrs Human today is your lucky day. I have decided I do not need an apprentice, they all want to profit from my generous character. You will do just as well. And don’t forget to turn off the light when you go.”