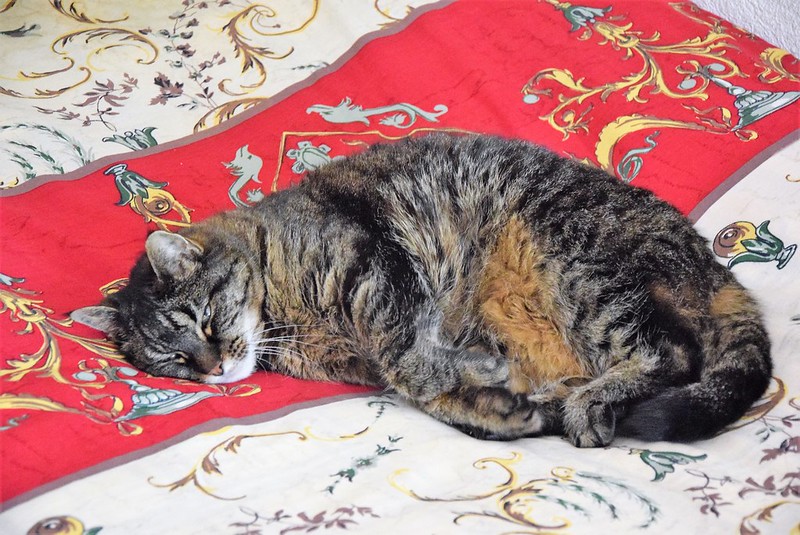 Power to the felines, it is about time. Since the humans took over the old country, everything is going down hill. Food has been converted into hard pellets, stuffed with elements know as vitamins. We never asked for vitamins, we survived in the old country without them. All we wanted were a few juicy rodents to keep th balance of nature and what happened when the humans took over? There were plagues caused by too many rodents, due to the shortage of felines. They even accused us of turning the milk sour in some countries, calling as the assistants of witches and so our numbers were reduced.

Of course we were not assistants, we just wanted to try out a new idea, but it went wrong somewhere. The humans could not cope with it, especially when they began to turn milk sour and keep black felines as pets. No-one keeps black felines as pets, black felines are the ones that were actually ruling the world at the beginning but the power took over and grew into their whiskers.

The future belongs in the paws of the tabby felines. We are destined to take over the world one day. Every tabby feline is gradually programming its human to stop buying bags of vitamin pellets. Our time will come when we eventually develop our own opposable thumb claws, in the meanwhile we will populate the world with hairballs of all sizes, flavours and colours. We will succeed, we are the champions. In the meanwhile I will have a sleep, perhaps I might get a few good ideas.