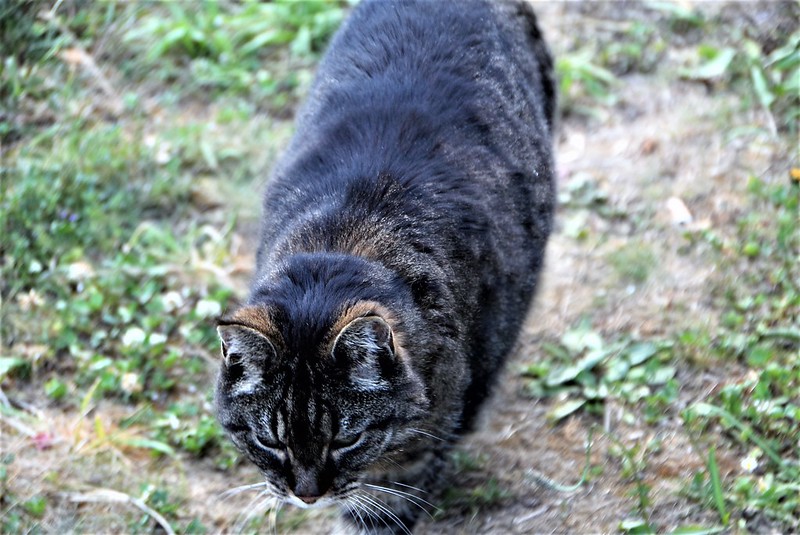 I always stay local, it is my territory marked with my own flavours. I am sure you can see the lotus blossoms spring out of the ground as I walk. You cannot see them? That is because they are really only there for feline eyes. This territorial thing can get a little probematic. There might be a new feline in town, one that wants to  claim my territoriy as his. 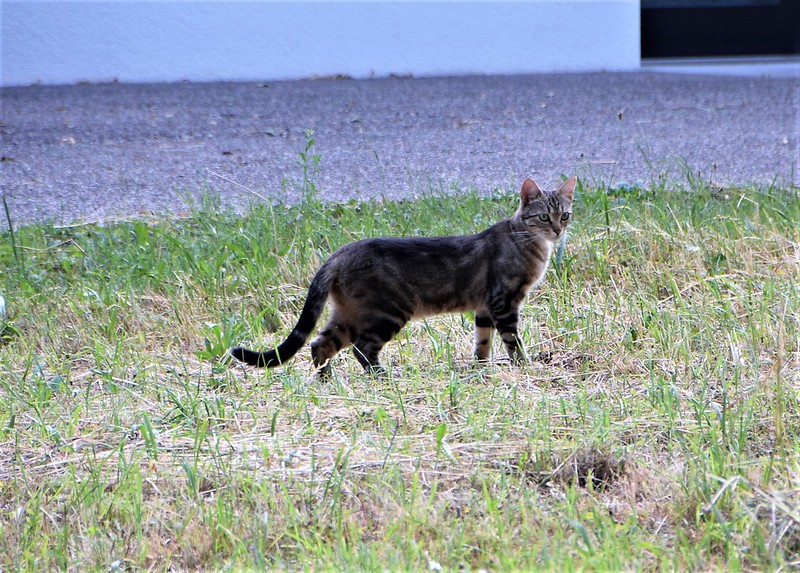 This example arrived a couple of months ago. He is a lookalike Tabby, but not a real genuine Tabby like me. they say he is a Bengal, whatever that is. I noticed he was in my territory as there was an unfamiliar smell in he air, not as perfumed and sweet smelling as mine. I was going to chase him away, but then I noticed his claws were sharper and longer than mine and he showed no respect for my possessional rights.

Luckily Röschti, the feline next door, had the same problem. We do respect our local rights to territory here. Röschti is quite good at feline fights and this new arrival decided to move on after an encounter, but he is still here. Mrs. Human says he has expanded his area of walks and she saw him near the river. I must have a word with Roschti, Perhaps a little push in the right direction could do wonders, especially if this new arrival on the territory cannot swim.

Otherwise we felines know what is ours. Only yesterday Roschti took a walk on the border of my territory, but I was watching and following with my eyes. He saw me and walked on. He has respect for felines like myself, once worshipped as gods. I have seen many felines come and go, but I have conquered them all, although Mrs. Human said they moved away because their human slave no longer lives here. I am convinced they moved away out of respect for my territorial rights.