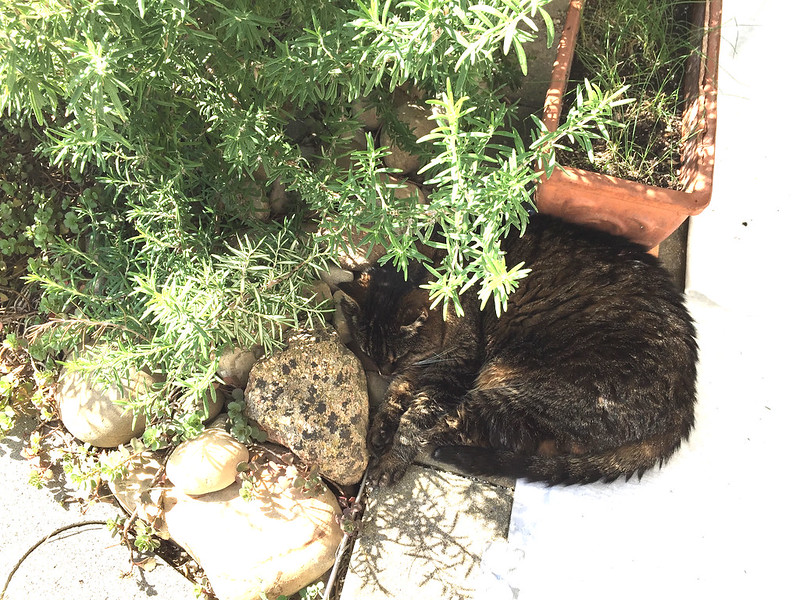 “You said that half an hour ago, and I am still waiting.”

“Half an hour? Does not exist in meow. Is that three circles before sinking into a sleep, or new sleeping place search time. It could also be the manipulation of a tin opener time with opposable thumbs.”

“Now that is another kettle of tuna fish. Would it be a paw washing jiffy, or perhaps a scratch behind the ear jiffy. There is also the wall watching jiffy, but that could take time, especially if an interesting conversation develops between the wall and me. What is the urgency, I was just taking a sleeping jiffy.”

“It is not really urgent Tabby, but….”

“In that case call me again when an urgent matter arises.”

“I actually wanted to ask you if it is not too hot laying in the sun outside.”

“No problem Mrs. Human, the sun has now shifted, and it does not look like it will fall on my head. And now can I sleep on further?”

“But you have been sleeping for more than an hour.”

“Hour? You mean a feline hour or a human hour?”

“Is there a difference?”

“Of course there is Mrs. Human. The feline measurement of time it comparable to the study of each of the steps in an operational or production procedure and the time consumed by them, for the purpose of devising methods of increasing efficiency or productivity of felines. In other words, I will have to sleep it over before reaching a decision.”

“And how long will that take?”