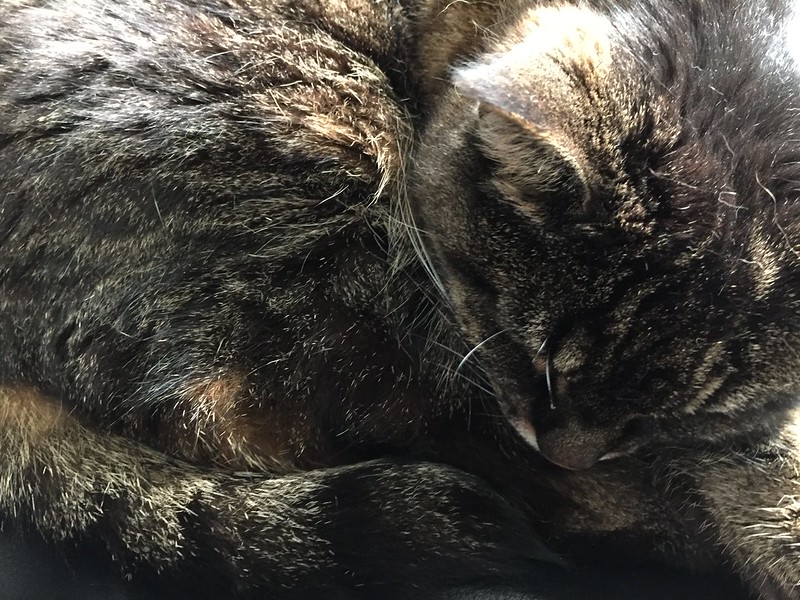 There are times when I reach my limits: a tired feline that has to battle daily with the problems caused in a human world. In the olden days, we were the first. We arrived just after the mice and rats to keep things under control. We were  worshipped by all. Afterwards the humans arrived. Even they worshipped us. We were still in in charge of the population distribution of the mice.

And so time went on. We were persecuted, we felines, demons, the helpers of witches. OK, we tried our best, but it didn’t work, too many humans and too many burning stakes. In the meanwhile the humans had developed the mouse trap and so we were almost redundant. We went underground and began to plan.

I searched and found a human to be my victim. She was one of those humans that could be easily programmed into worshipping the feline creatures. It was not like the old days, even humans made progress, but some humans liked to have a feline where they lived because, let’s face it, a home always looks good with a feline curled up somewhere.

It was a matter of training. If you were lucky enough to find the right human, there was no problem. Through out gift of telepathy and influence on the human mind, we have found the slaves we need, it is even better than in the old country. Sleeping places and a choice of menu is all that we ask for. Of course fresh water regularly and a recycling tray assistant to clear away what is no longer neessary: an organiser of hair balls and what more could you want.

If my human would only stop taking photos constantly, it disturbs my dreaming sessions.