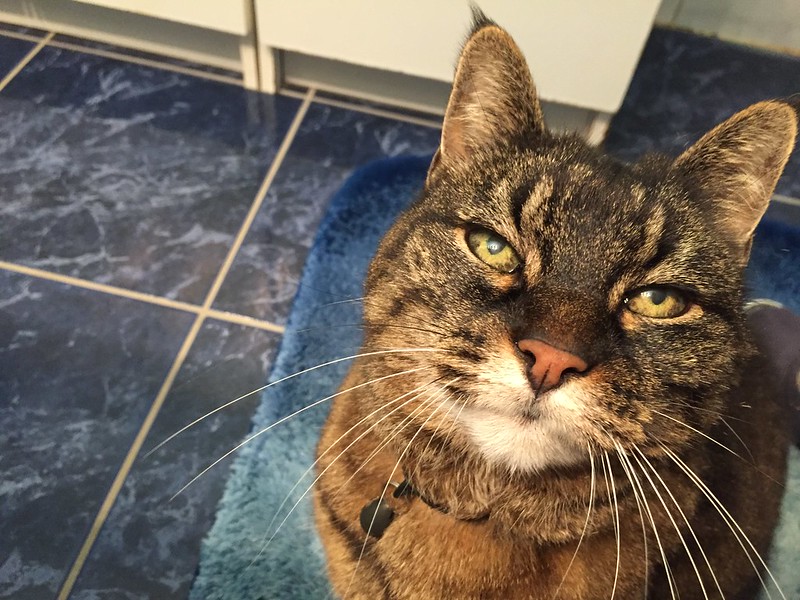 “Of course, you are eating crisps,  so what about me.”

“Crisps are not for felines, Felines eat meat and not potatoes.”

“Is it dead or do I have to kill it before I eat it, to stop it escaping.”

“No Tabby, crisps were never alive. They are thinly sliced potatoes.”

“You mean they were killed by a machine.”

“But I just touched the crisp and it moved.”

“That is because you pushed it with your paw.”

“OK, now I am finished with the crisp.”

“I had a good lick and found it very tasty. I am not going to chew dead matter and swallow it afterwards. I only wanted to try it.”

“And now I can clear the mess away.”

“That’s your problem Mrs. Human. If it had been tuna fish I would have eaten it, because tuna fish were alive. We felines do not eat stuff that never lived, it is boring.”

“Where are you going?”

“To have a conversation with a wall outside.”

“But Tabby walls are just bricks, they were also never alive.”

“That is something completely different. Walls have ears, they know everything. They are not conversationalists. I like to talk to walls by telepathy of course. They always listen and understand.”

“And they give you an answer?”

“Life is often like talking to a brick wall, especially when you are speaking to humans.”