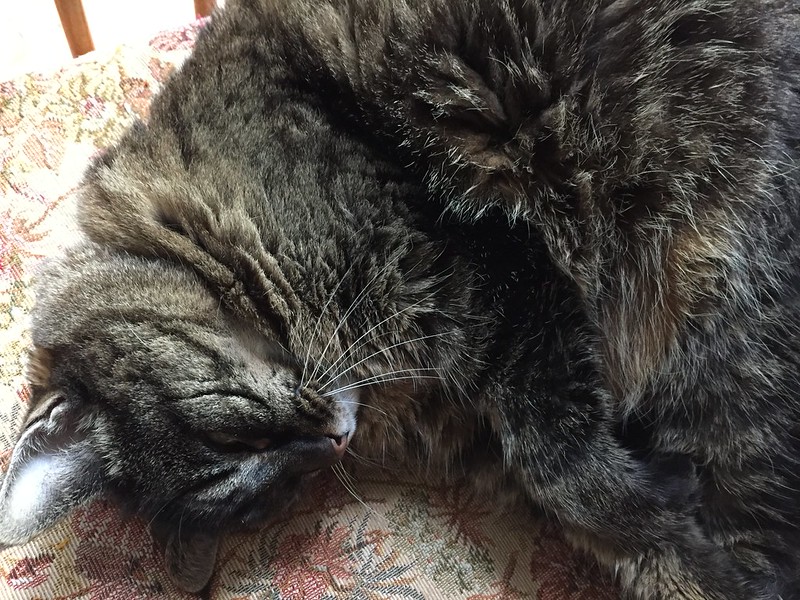 “I know Tabby, the word “sympathy” does not exist in meow.”

“How did you guess?”

“That was easy. Anything showing feelings towards other living creatures is unknown to the feline nature.”

“Not exactly. We have an affinity towards walls.”

“Yes Tabby, but walls have no feelings.”

“No, that is a matter of survival.”

“You see Mrs. Human, that is where we superior races, like felines, differ. We consider eating something is to enjoy, to be savoured to the last bite. We live to eat Mrs. Human.”

“Yes exactly, but most of us eat to live.”

“The famous and renowned feline Queen Marie Antoinette Whiskers said “let them eat tuna fish” when the humans discovered the mouse trap. She was one of our best leaders, and very logical.”

“I think you got that wrong somewhere Tabby.”

“I never get things wrong, but humans like to twist the actual facts. Our great ancestors were the Chimera, the Sphinx and the Nimean Lion and humans only had Neanderthals which developed from the ape. We walked on four paws from the beginning and had whiskers, we did not have to get evolutionarised.”

“Tabby, congratulations, I think you have just re-written “Orgin of the Species” by Charles Darwin.”

“If I may make a small correction the book was “Origin of the Feles” by Charles Paws Darwin Miau: again human plagarism.”