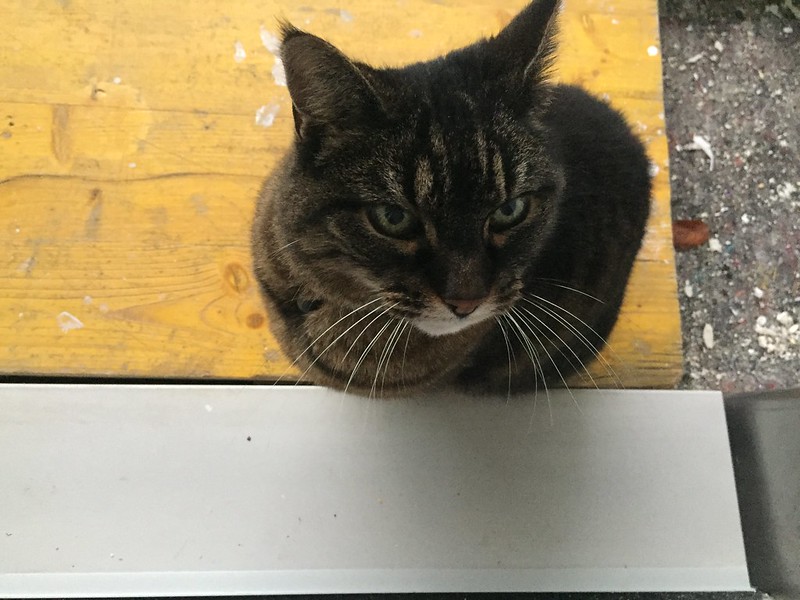 “You look worried Tabby, do you have a problem?

“Felines  never have problems Mrs. Human, because we always know the answers, My ancestor that owned a guy called Schroedinger always knew all the answers. He was a very clever feline. He would pretend to be dead when he was alive and became the champion mousecatcher. The idea was stolen by his slave Shroedinger, and he decided to write all about it.”

“My ancestor was annoyed, no human steals feline ideas and pretends that they were his. Of course my ancestor survived, knowing that it was alive and only pretending to be dead to fool the mice and Scroedinger got jealous and wanted to lock my ancestor in a steel chamber with radioactive material.”

“It was for Schroedinger because my ancestor was immune to radioactivity but Schroedinger could not resist giving him a tummy tickle. So he would light up on dark nights after he became radioactive.”

“Yes. My ancestor  joined a travelling circus and would impress the people with his ability to solve problems in quantum mathematics, all by meow. This is one of the reasons why the wall and I have such interesting discussions. Some things are passed on in the whiskers. If you know the specific weight of a brick in a wall it improves life and makes the wall feel happier to know it is not being completely ignored.”

“You are a very clever feline Tabby, I am afraid I did not understand very much.”

“One of the disadvantages with being a human. However, to give you confidence in your purpose in life, you many open a tin of tuna fish.”

“Why would that give me confidence.?

“You have yet another opportunity to prove the reason for having opposable thumbs.”