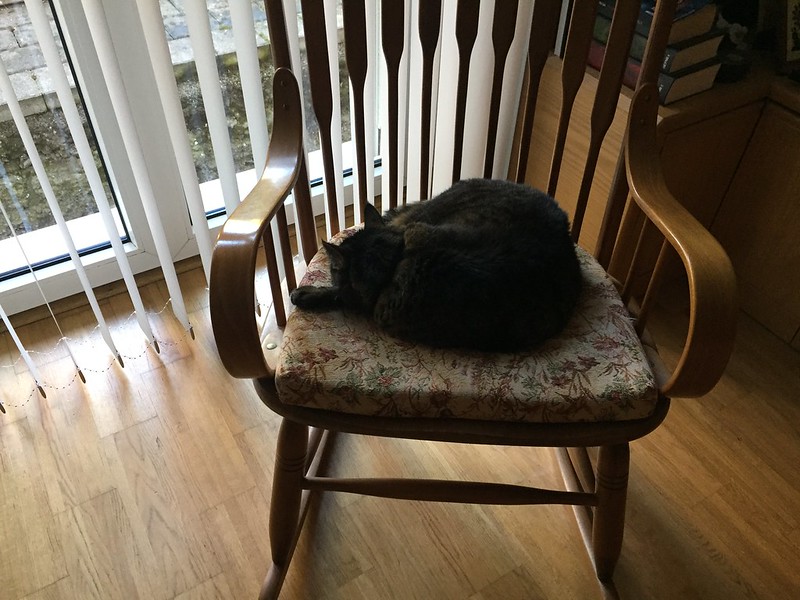 Ascending is a way of life for a feline. You have to ascend to reach all good places. It is only when you ascend that you can look down upon everything, because felines are always first. Yes, it was our motto, and stolen from a human because he was a copycat. We felines do not like copycats, because we are original and always the first.

So, back to the facts of a feline life. Yes, we were born for high places because we were here first. When the first fish grew legs, we were already sitting in the trees, watching it all happen and thinking where will this lead to. I would add it was a good solution for food when the fish began to walk. We no longer had to swim for our meals. It was a self service supermarket. The biggest shock was the development of the species with opposable thumbs. We were there first, and had to manage with paws and claws.

However, Bastet said not to worry, the development of the opposable thumb creatures was intended. They would serve our feline cause, and so it was. Catching mice in the corn chambers did not need opposable thumbs. We were sly and crafty and had a good life, resulting in being worshipped as gods, our true destiny in life. However humans had only one life (primitive beings) and there was a rapid turnover. The decision to take the felines with them when they departed into their pyraminds was not so ideal, and so we retreated for a while.

We returned with a new target in our 9 lives. There was a small problem of being accused of witchcraft, especially if we had black fur, but even that was overthrown and today we have our rightful place amongst the humans. Where are we going? We are slowly taking over the human race again. Who needs opposable thumbs when the humans are our devoted slaves.