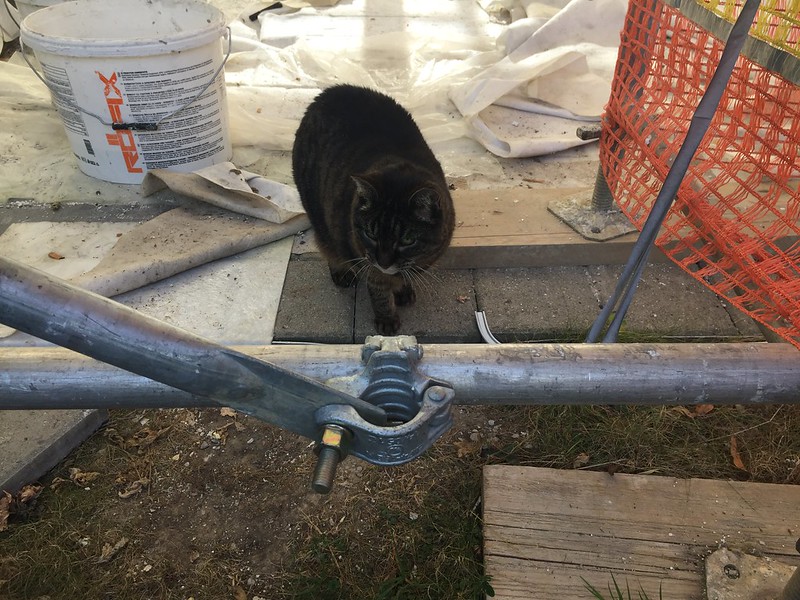 Now this looks risky, but my lives are composed of risks. The first four passed in a space of 14 years, which means according to my whisker calculation, that a life would be just over 3 years. Of course, the first 2 lives were already gone after the first 2 years, but you learn from experience. Kittens should not attempt to jump over high objects, they might miscalculate, and so I saw the life ticker with a -1 on it before my eyes. The second life was not really my fault. It was a sore throat, the vet said tonsilitis, and so there it was again. The life ticker appeared with a -2.  The next two lives were just a matter of becoming a senior feline, although I am sure those hard vitamin pellets I was being fed with had something to do with it, and the ticker arrived again twice with a-1. So according to the feline method of quantum mathematics, -2 another -2 in the space of 14 years amounts to -4 lives already gone.

According to the law of feline mathematics, again with the help of quantum addition, I now have 5 lives remaining. The question remains shall I leap over this metal object or not. Is it possible that I will trip and fall, losing yet another life, or will I survive and be congratulated by the other felines watching on.

“What did you say Mrs. Human, time for my meal of tuna fish.”

Oh who cares about lives, I can do it, no problem.  It is all a matter of distance + height and a reward at the end. And another success in a feine remaining 5 lives – “I am coming Mrs. Human”.