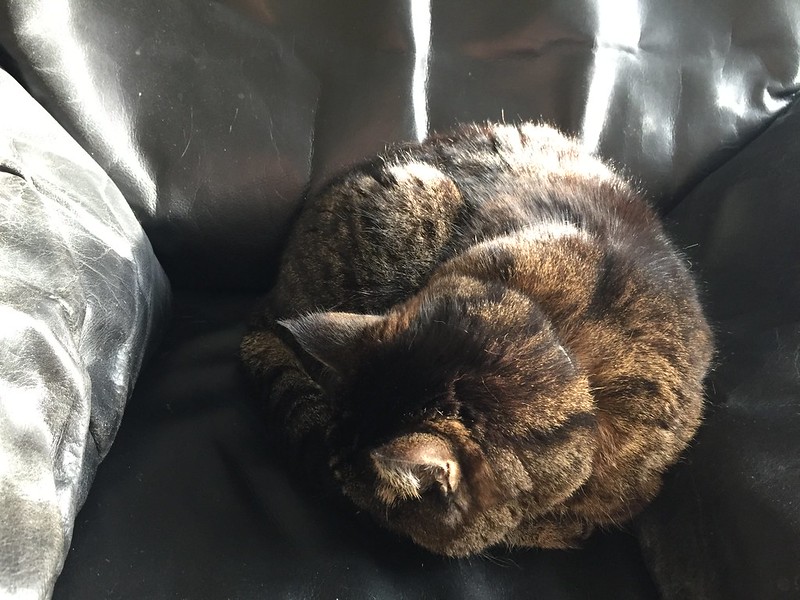 Preferences does not really exist in meow. We use the word “necessity” connected with I, me and myself of course. It would be stupid if I said I would prefer to sit on the comfortable leather armchair and sleep. I see the chair and can already feel the comfort surrounding my fur. I take a leap and I arrive. “Quiet Mrs. Human, I saw the chair first”. Humans seem to have their own interpretation of life. I came, I saw and I conquered, is the feline way of life.  It was not Julius Caeser that first said there words, but his cat, Felis Catus, that coined the phrase. It was the ides of March and Felis Catus was sleeping a sleep of the righteous on a comfortable Roman couch whilst Caeser had a few assassination problems. The main thing was that the feline survived and afterwards could choose freely where she wanted to sleep.

She was an example for all felines and so we choose the most comfortable place available, not out of prference but because we own it. We own everything but now and again we allow a human to use it if we do not need it at the time.

However, preferences are not always so clear to the humans. They are convinced that we  have a preference for hard vitamin pellets. It is all in the name of convenience. Take a plastic bag, open it and pour it into the food bowl. Yes, so are the humans, no imagination. We felines need thought applied to our food. Pellets are so uninteresting, they have no character. Opening a tin of tuna fish and garnishing it with a sprig of tarragon is the ideal choice. Of course we do not eat tarrogon, but you eat with the eyes and whiskers. I am sure Felis Catus in Rome was served with more consideration. It was the reason why Caeser had to go, Felis Catus noticed that Mark Anthony’s felines were always served with the first choice of mouse and the Roman mice were the best according to the Book of Bastet.