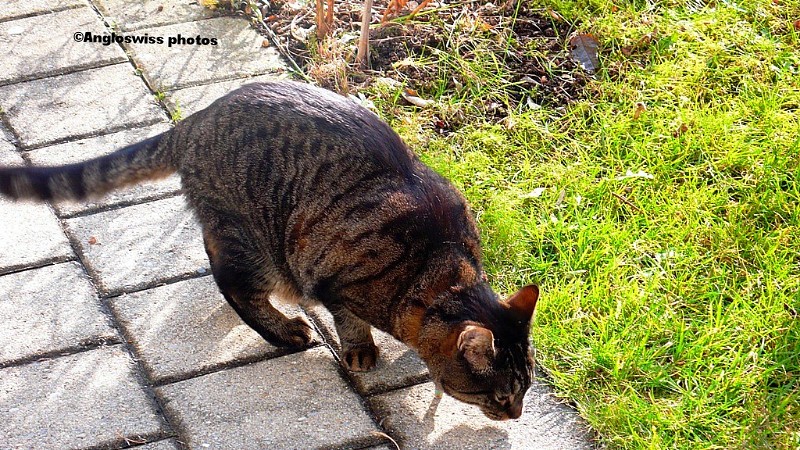 “They call me “The Great Explorer”, I have discovered it all. Armed with my sharp sense of smell and sensitive hearing no mouse is safe from my claws. Here you see an action photo on one of my triumphal safaris. I was also very good as a bird hunter.”

“Tabby don’t over do it. You would sit for hours at the entrance to a mouse hole and they would eventually appear on the other side of the field after burrowing in a different direction. They heard you coming. The only flying animals you captured were butterflies.”

“But they were very tasty butterflies Mrs. Human. I preferred them to birds, that is why I did not bother with birds.”

“And silly me thought that the birds were too fast for you.”

“You never saw the one that got away. It was a big bird. I saw it approaching and decided it was him or me.”

“We had a mutual understanding. Just as he was going to pick me up in his claws I made a brave escape through the cat flap. And now I must continue to write my memoirs about all the discoveries I have made. I am now on the part where I conquered my first leaf soldier. I squashed it as it fell from the tree. Just one of many victims.”