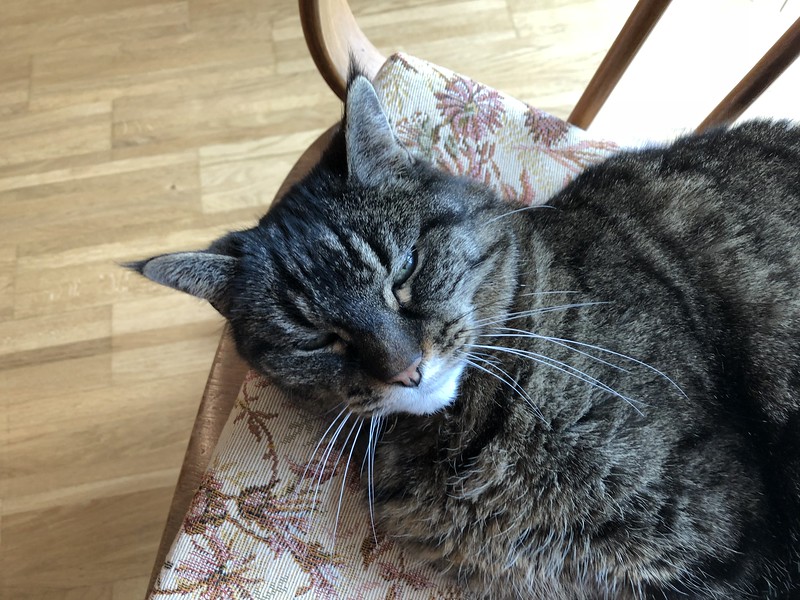 The trouble with humans is that they are always so vague. They can never be certain. They are so insecure. “I will serve tuna fish for your dinner” is so indefinite. Will they or will they not. What happens when the human forgets, which is a human characteristic. Then we felines are the victims. We wait for the sound of the tin opener, we sniff and search for the scent of the fish in the air and nothing happens and why you might ask.

In the meanwhile that noisy instrument called phone makes noises and the human picks it up. We felines, at death’s door and starving, are forgotten. The tuna fish remains in the unopened tin and humans are making noises on this thing called phone. Eventually there is silence, the phone is dead. We felines are hanging onto life in the meanwhile.

What does the human do? The human does nothing, the tuna fish is left in the tin because humans forget. Instead of making false promises, they should serve the tuna fish at once and ignore the ringing phone. We felines do not waste time with discussions or making statements which have no paw and whisker, but humans do. This is just one example of the vagueness of the human mind. If only they would be as reliable and caring as we felines. And my recycling tray? Ok, better not to mention the fact that I used it a few minutes ago and it still needs human attention to empty it. I even took. care to cover up my products, but I will take my revenge, The next product will not be covered, but left. That will teach a lesson.