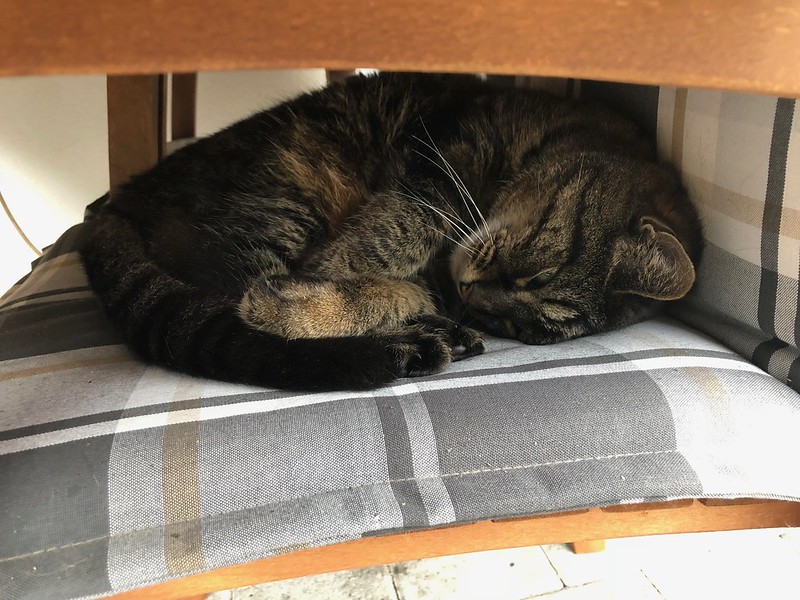 “Tabby, what are you doing hiding under the table on the chair.”

“I am recovering from a meowmare Mrs. Human.”

“I had a dream that humans took over the world and we felines were just their pets.”

“Oh I see, and what happened.”

“We only got tuna fish to eat once a week. We had to beg for permission to go out. The worst was the scientific food products. It was all tasteless hard pellets. No human cooked a chicken for us or prepared steak. It was all in a plastic bag. The fresh pellets were not too bad, but after a day they had no taste. I awoke meowing for mercy, me a feline, it was so degrading.”

“I think you can come out Tabby, there is nothing to fear.”

“But that wasn’t all Mrs. Human. The Humans had a new president and it was a cucumber, a giant cucumber.”

“And felines are frightened of cucumbers.”

“Of course Mrs. Human, they want to destroy the feline race. But this chief cucumber had hair.”

“Cucumbers do not have hair.”

“Yes Tabby, that would scare me as well I must admit.”