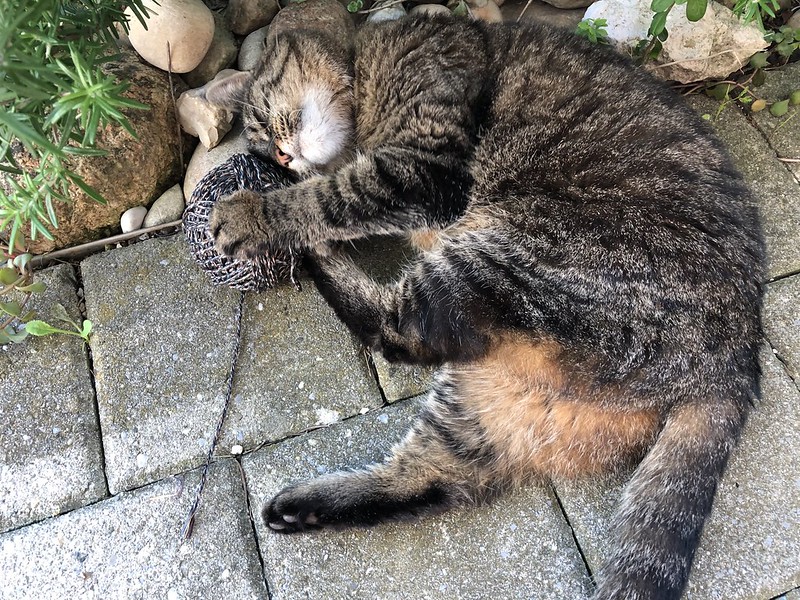 “Correct Tabby. you know what it is.”

“Of course, although in meow it has another name Mrs. Human.”

“What is it called in meow.”

“But Tabby all your words in meow are “Meow”.”

“Not exactly, it is all according to how you say it. If you put the emphasis on the first syllable and include every second interim syllable with the emphasis on the penultimate intonation of the meow, making it more a Meowowowmeowy” it would have an entirely different meaning as Meeeowmeeowywowy” which really establshes the subtle difference in how and when you say it.”

“Thank you so much for that explanation Tabby, it really helps an ignorant human to understand the nuances of the meow language.”

“Having a clew in my paws reminds me of my kittenhood Mrs. Human. Humans always gave us these balls of string stuff to play with.”

“It must have been fun Tabby.”

“Depends on how you look at it. It was fun to see the stupid faces the humans made, thinking that giving kittens a ball of wool was the fulfilment of their dreams.”

“Would you have fun getting your fingernails caught in all sorts of thread and getting tangled up and have all the humans laughing at you.”

“Oh dear, and we humans thought you kittens really enjoyed having a ball of wool to play with.”

“It was not a game Mrs. Human it was the first steps of feline quantum mathematics trying to discover where the beginning and the end was.”

“So that was why you always unwound it all.”

“Of course, we were trying to solve an algebraic problem. Did you think we were playing? Do not forget the feline race is on a higher level than the human one and our experiences made whilst being worshipped as gods transferred us into a wider field of understanding. So give me that clew back Mrs. Human, I was enjoying it, just from a scientific point of view of course.”