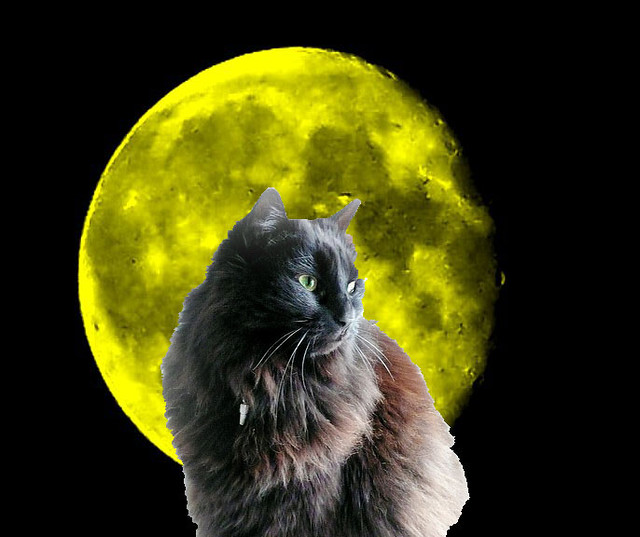 My litter sister Nera would gaze at the moon for hours
She said it was very good because it has its powers
In days of old, when we were sabre toothed
We would walk the paths, and were even hoofed
We would spring and jump, just like a live wire
Everyone would fear us, even the vampire
But they were the days when the humans were in trees
We were the gods and they would shake at the knees
Nera is now gone but visits now and again
She is now in the land of the moon when it is on the wane
I am now the boss, although she gives me advice
Keep the humans on their toes, and do not be too nice
Make sure your bowl is full, and do not forget high noon
Remember to howl and meow, especially at full moon