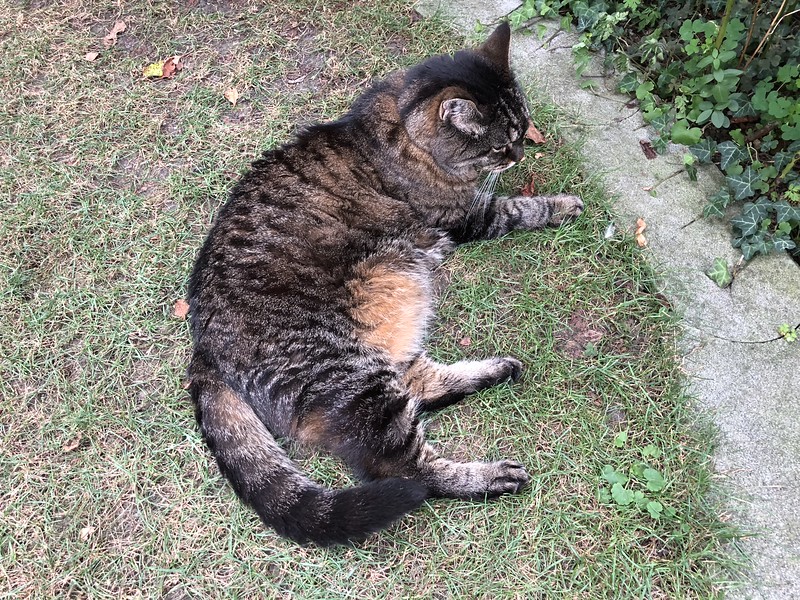 I was exhausted. I had to take it easy and recover from a hard mornings work. Mrs. Human had fed me yet again with the hard vitamin pellets. I had often warned her that no good comes from this artificial fast food.  You do not know what it contains and let us be honest, not even humans know what a vitamin looks like.

However, we felines have to make the most of everything, as we never know what ideas the humans have for the next meal. Now and again I might get tuna fish, but usually it is labelled with two for one, meaning half price. So is the treatment we felines have to suffer at the hands of a human.

So here I am trying to digest my fast food artificial lookalike and then I had a brilliant idea. If you have to eat the stuff, make it something to be remembered by. It was when I began to make my customary digestive actions that Mrs. Human saw me. That was a mistake, there are certain things we felines should do in secret. It was too late and so I continued, she shouted and eventually the job was done. I had manufactured the perfect hairball. It was quite artistic actually, but there was no appreciation. Did Mrs. Human take a photo to show it here? Of course not, she said it was bad taste. How does she know? She has never made one herself, although humans have strange ways of eating sometimes.  They attack their food with a knife and stab it with a fork. Who am I to know why, I am just a feline. Perhaps it is still alive and they have to kill it at first. Luckily we felines are equipped with strong teeth and claws for such a process.

I was digressing. The hairball was perfect. and I had put the vitamin pellets to a good use. Mrs. Human tells me I should digest them and not regard them as an artistic creation. So are the humans, no understanding of the feline intelligence. She disposed of my hairball, never to be seen again. I really must perform this artistic happening in a quiet secluded corner the next time.