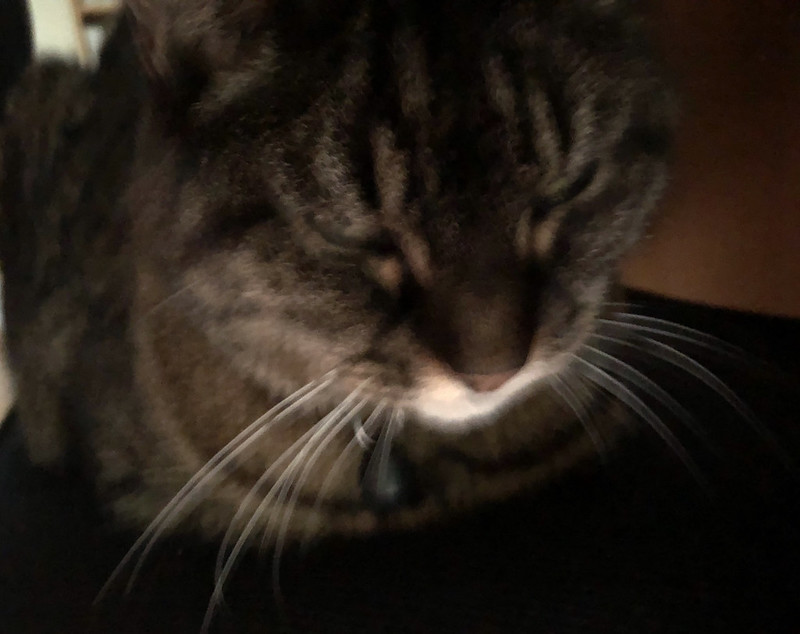 “I am sure that the word “respect” does not exist in meow Tabby.”

“Of course it does Mrs. Human. We do not eliminate all human words from our language, most of them originated in meow in any case.”

“You mean that felines have respect for others.”

“Err, not quite, it is a so-called one-way adjective in meow.”

“An one-way adjective? That sounds very advanced, but can you explain?”

“It would be too complicated for a human sense of understanding, but it is what it says. It only works one way, the feline way. All have respect for the felines, with no exception and we felines choose our respects.

I have respect for my walls, they treat me with respect. They always listen to what I say and never contradict my argumentation.”

“Don’t ask silly questions Mr. Human. We felines are the dominant species above all, and humans our subordinates. Humans must respect the wishes of felines at all times. We give the orders and the humans obey. Have I ever served a human a bowl of tuna fish, or given them a tummy tickle when necessary.”

“Well no, but you don’t have opposable thumbs like we humans do. If you had opposable thumbs you would be able to operate with such actions And I can serve my own tuna fish and do not need a tummy tickle”

“Which goes to show that humans are there to serve the felines. They are not even able to estimate the value of a tummy tickle. We do not stoop to such levels, which reminds me my food bowl is empty.”

“But it is full of healthy vitamin pellets.”

“That is a one way noun Mrs. Human. Vitamin pellets are only good for production of hair balls to help the hair to form nicely.”

“No, Tabby that is disgusting.”

“You see, humans have one way adjectives as well. What a human finds disgusting we felines find quite artistic. And now I will take a sleep, this conversation is rather boring. Just have a little respect for my sleeping time and wake me when I meow.”