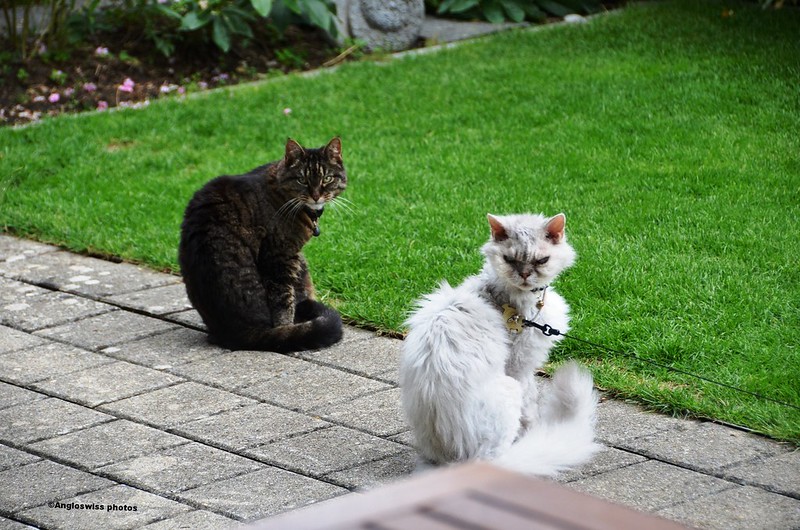 The good looking super feline on the left is me of course. On the right my apprentice Fluffy. I trained him for 12 years until he decided that the 10th life hunting mice in the eternal corn chambers was more his thing. Mrs. Human decided that I needed a new companion and so Fluffy arrived. I was getting on OK with I, me and myself and my litter sister Nera, but one day this fluffy little thing arrived and I had the job to educate him in the ways of our cat family. Fluffy was not like me, he was something different, one of those cats with papers to his name. I just had a book for the vet, but he had a family tree. What is the point? All my family looked different to each other, we liked variety, but Fluffy came from a long line of so called Selkirk Rex, all with the same coloured fur and curls. He even knew his great grandfathers name. I don’t even know my dad’s name. Of course I did my best to ignore all his airs and graces, after all he buried his recycling products the same as we all did and it even smelt the same.

Fluffy was OK, one or two paw swipes and he realised who the boss was. He was blind, couldn’t see a thing, some sort of accident, but Fluffy did not realised he was blind. Now that did cause a few problems now and again when he decided to take a walk. I don’t know what the fuss was about, but Mrs. Human would have one of those hysterical attacks when she couldn’t find him, although he always turned up again. Perhaps the neighbours found him, or it might have been Mr. and Mrs. Human who would organise a search expedition armed with their mobile phones. I must admit I did sometimes forget to close the door and give him a nudge. He did not need asking twice, he was soon out and about.

Yes I did have some fun with Fluffy. I sometimes even miss him. 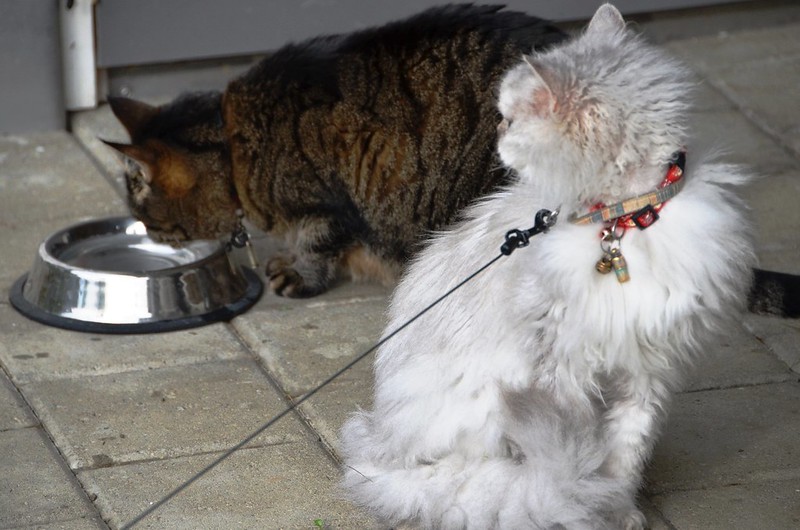