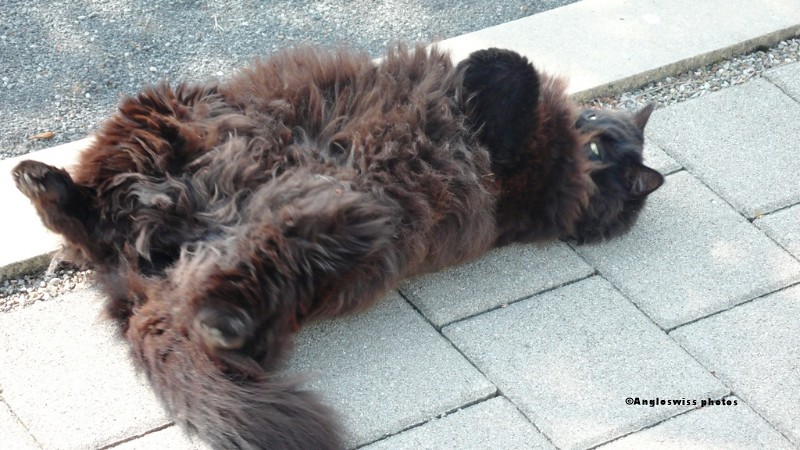 This is my sister Nera. We were born in the same litter and she was the first one out, and  she never let me forget it. She was the boss and I was always the assistant. I am not sure who her dad was, but we felines do not talk about things like that. Obviously she does not have my sexy slim shape, but is more on the plump side.

I once called her fatty, but only once. She gave me a paw swipe and a few hisses. Her famous words were then uttered “I am not fat, but fluffy”. She was proud to be fluffy although she had a few problems. If you sit on a snail with a fluffy coat, and are somewhat on the heavy side, you would not notice and the snail would stay in the coat. Snails are sticky objects, She also had her problems with tics, or they had their problems with her. But as I said, she was not fat, and not even heavy, because she was my sister.

She is the proof that some felines eat too many vitamin pellets. She was never a fussy eater, if the bowl was full, she would empty it and even meow for more. Of course she was partial to a bowl of tuna fish. I would always wait until she was finished with her portion, hoping there might be some more for me afterwards, but no. She did not believe in wasting food. Once a year she would have a hair cut at the vets, but even with the fluff removed, she was still quite round in shape.

She is now living her 10th life in the eternal corn chambers, keeping them free of mice. Mice was one of her favourites and so was bird. But she was not fat or plump, just fluffy. 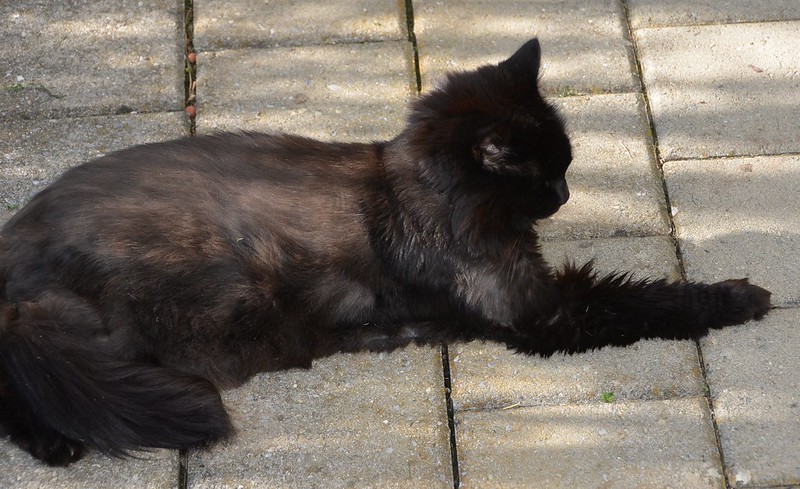 10 thoughts on “Feline RDP Monday: Not Plump but Fluffy”