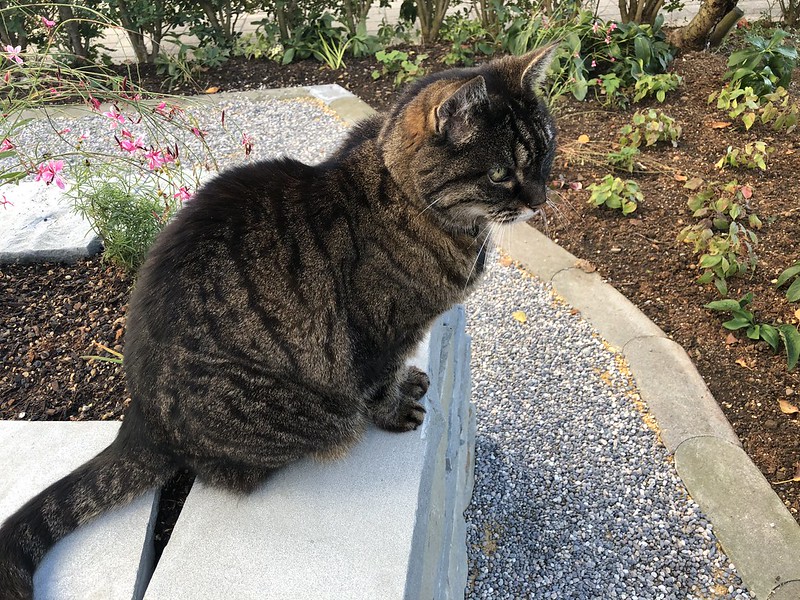 Since I have a tower where I can observe the action in my territory, my lives are discovering new opportunities daily. The mice are now moving, searching for places to spend the Winter and I decided I will help them on the way.

I was having a paw fight with Roschti, the feline next door, and he said he would join in with my new venture and he has spread the word around. We are 10 felines disputing this territory, but why wait for hours for one mouse when you can have them all.

We met in the evening to carry out the work. If the humans can do it with cows, then we felines can do it with mice, but unfortunately mice are not so co-operative. Tiddles came from the left, Butch was waiting on the right and in the middle were five mice. We had surrounded them. I pounced and they were gone, all in the underground. Roschti also tried it in his section with Curly, but again they had disappeared.

We were so disappointed and already had visions of herding the mice into the garden shed for our winter supplies. In the meanwhile the mice have appeared again. We felines were having  a paw swipe together to decide what the best method of attack would be and suddenly noticed that the mice had surrounded us and were listening to our plans. Of course we immediately went into action, but the mice again retreated into the underground.

We all decided to forget the whole thing and are now content with tuna fish. You do not have to hunt for it, it comes from a tin, and humans have opposable thumbs to open the tin, so why bother.