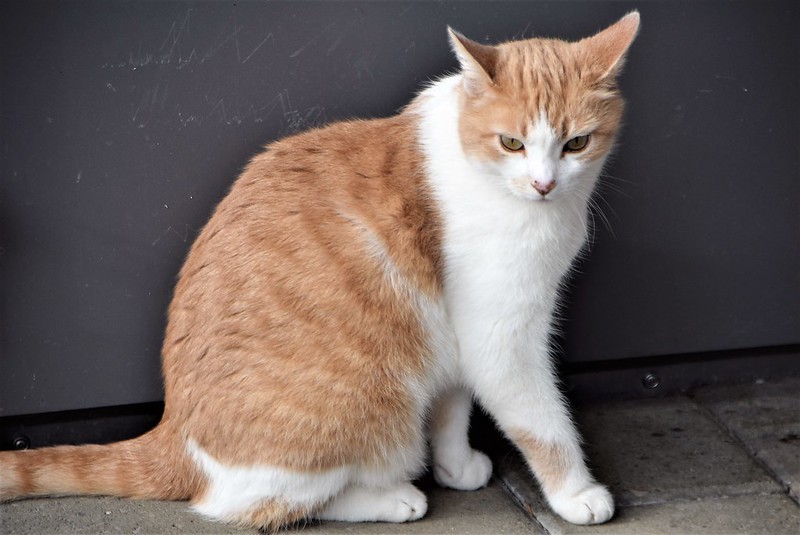 “That was a lot of noise when you entered the cat flap Tabby.”

“I was in a hurry Mrs. Human. I just had a close encounter of the third kind.”

“We have been invaded by extra terrestrial cats?”

“You don’t have to laugh Mrs. Human, it was not funny. As I made one paw step outside, there he was, Roschti my enemy from next door. He was waiting to pounce, to hiss and to scratch. I decided retreat was the best method of defence in this case.”

“But I thought Roschti was your friend.”

“Friend does not exist in meow Mr. Human. It is better to avoid confrontation. I decided you can go outside and scare him away. Just speak in your loud human voice and give him a push in the right direction.”

“Tabby you can fight your own battles.”

“And have a paw fight where I could get injured.”

“You  can perhaps have a sensible talk with him and explain that you do not want him to invade your territory and you will in return not invade his territory.”

“Do what? No Mrs. Human, we do not have discussions, we give instructions. And no way will I agree not to invade his territory, that is against all feline logic.”

“In that case you will have to deal with it yourself.”

“And if I get injured and have to go to the vet for an expensive treatment?”

“Ok Tabby, where is he, I will have a few words with him.”

You see, you just have to apply some feline psychology to solve human problems. Money talks all languages, even meow.