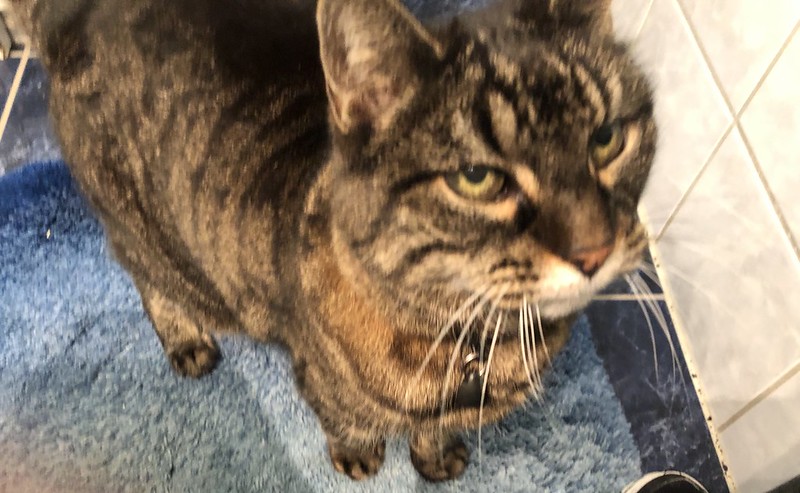 “And did you have a halcyon day today Tabby?”

“Mrs. Human, speak meow that I understand what you are talking about. My day was as perfect as ever. First of all I serenaded you behind a closed bedroom door to ensure that you realise I am also here. When you eventually appeared in my realm, I made sure that your first movements were outside to refill my bowl of water. After absorbing the refreshment I decided to retire to the armchair for an hour’s relaxation and then my taste buds reminded me that it was the time when you refill the vitamin pellets. The only time of the day when they have a fresh taste and not old and stale. Afterwards I was exhausted and again had to spend a few hours recharging my system with some sleep. Afterwards I decided to examine me territory outside and was glad to see that the snow decided to go. This was exhausting, so I had to have yet another relaxing sleep. It seems that when I awoke the sky had changed its colour to something called evening in human terms. Again I felt pains of hunger, and decided to sit and wait for a few tasty morsels from the human food. This time it was worth it, and it rained ham onto the floor. This was again an exhausting experience and so another hour of sleep was called for.

Yes it was eventually a felyon day in all respects.”

“The meow version of Halcyon. Enter it into your human-meow dictionary.”