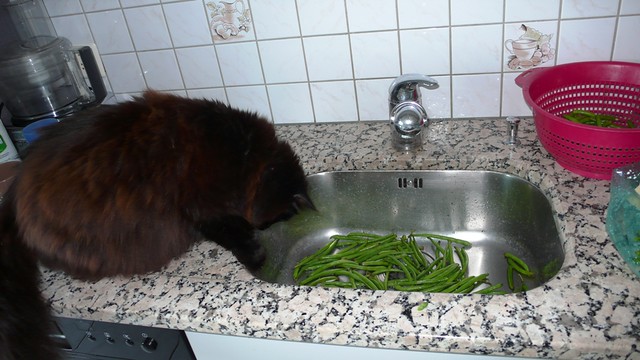 Whilst I was occupied by killing the leaf soldiers in the Autumn my litter sister Nera was making sure that the bean pods did not take over. When Mr. Human prepared this dangerous vegetable, Nera would keep an eye on them and make sure that they did not escape from the water death. First of all she had a good look to make sure they were resting in water. 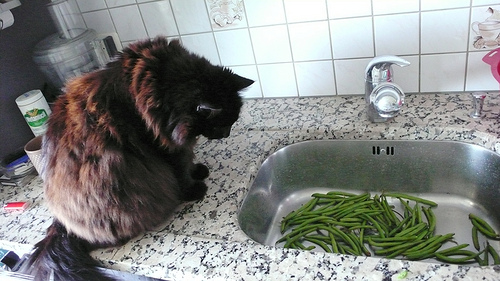 No bean escaped her wary eyes. If one moved she would pounce immediately and go for the kill. She knew no fear. 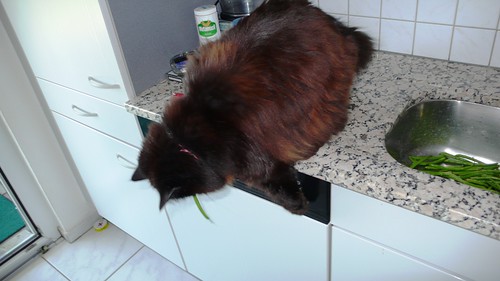 Once she had captured the struggling bean pod she realised that she must be fast and leave the bean no chance of survival. 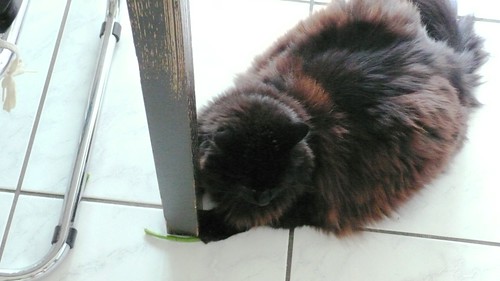 She trapped it with her paw using the table leg to prevent the bean from escaping. There was no chance of survival for the bean and she would fight until it stopped moving.

Many were the pod battles that Nera fought, but she always won. Mrs. Human did not even thank her for her bravery, but so are the humans. They do not recognise our attempts to keep them safe from the attacking bean pods. Nera sometimes visits me from her 10th life and she is still fighting the beans in the eternal corn chambers.