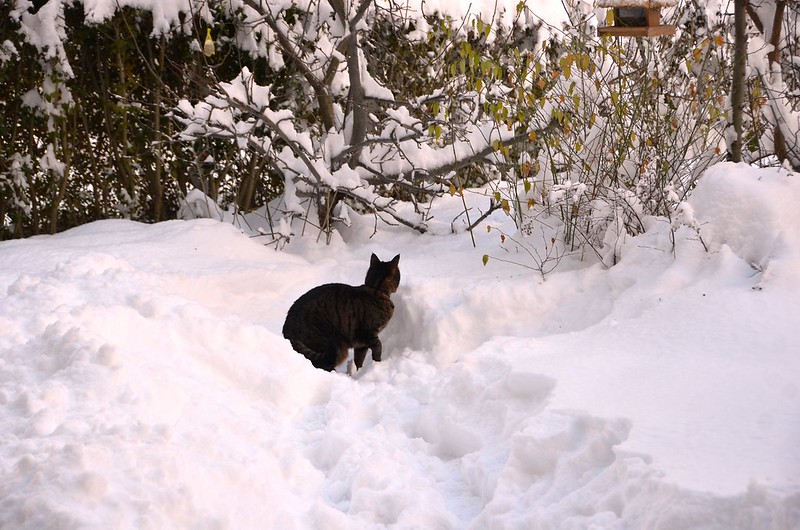 I was known as Tabby of the Antarctic. I would fight the snows bravely when they came. Undaunted I would paw my frozen paws into the masses. I was a victim of the avalanches from the trees. First of all the leaf soldiers arrived beating down on my head in Autumn. They soon realised that I was not to be overcome by the leaves and then they sent the snow masses. It would tumble down from the branches, but I fought my way relentlessly through the tons of snow. Yes the life of a feline can be dangerous , but I braved the snow masses and won the battle.