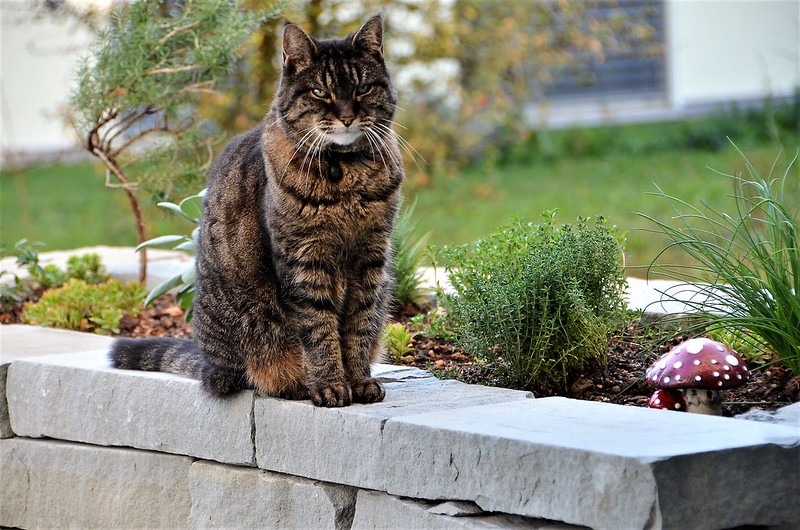 At last fame and fortune. My super intelligence and good looks have been honoured by an article I wrote about my favourite subject, I, me and myself. Now your curiosity has been awakened and this time it does not kill the cat (stupid human saying) but honours the merits of my writing talents. Now you are all waiting and so here is the link:

The Life and Times of Tabby

I now have to go, it seems there is a telephone call from “Modern Cat” a magazine featuring famous felines. They wish to interview me on my human training programme.

Tabby here. At last I have become famous and made my pawmark on the blogging world. I was requested to write an article about I, me and myself, my favourite theme, in Foster Cat Chats. I am sure I am now in the narrow choice for a Pulitzer prize.

Tabby from The Cat Chronicles is our guest blogger this week. Tabby lives with his translator and human, Pat, aka Angloswiss. Tabby has led a long and satisfying life, always sticking to the motto I, Me, Myself.

Meow to all cats out there and to the humans concerned.

It all began 17 years ago when I was ready to make my entrance. I was the first in line to go, there were four of us. It was then that my big fat furry sister, Nera, decided she was the Alpha cat and gave me a push with her back legs and so I was not the first to appear but the second. She was not really my sister, just had the same mum. We felines do not take it so serious, and mum was on the tiles making the most of it. My dad remains a mystery but most…