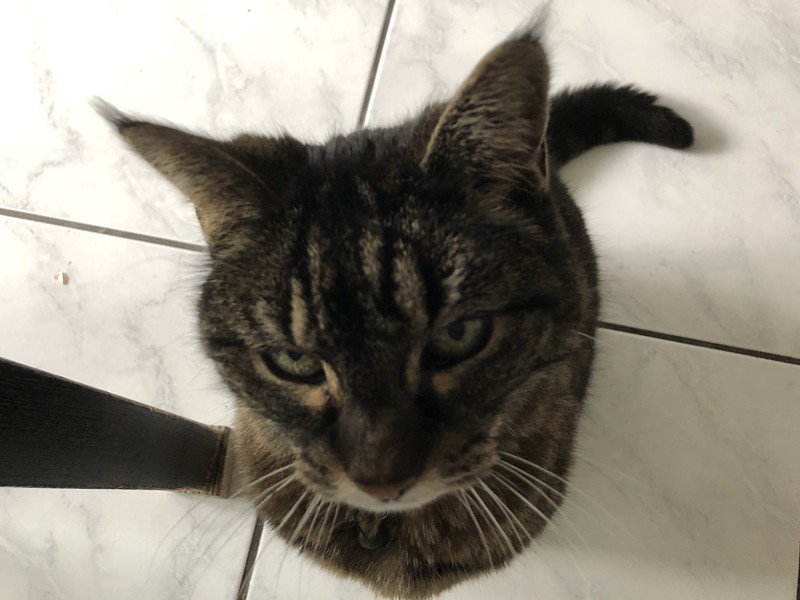 I am back, did you miss me? Of course you did, what a silly question. Blogging without me to guide you is wasted time. You do not know what to write, have no prompts for a good subject content, and you were all lost without my leadership. Of course, I would have been here were it not for my complicated human. She had a computer problem. I had none of course, but she did not ask me. It seemed to be a photo problem, although I have plenty of photos, but it was all to do with herself. Humans can be so selfish sometimes, and not spare a thought for a feline.  I wanted to tell you so much about how life was progressing in my home. It was quite exciting.

In the morning I awoke and dragged myself to my food bowl. Had a good lick and afterwards a relaxing sleep. We felines tire so quickly after eating and washing. Five hours later I was again ready for action. Had another wash, although my tongue was now qute exhausted and decided to have a sniff at my food bowl. There was again only the dry hard vitamin pellets, but I had no choice. I can tell you biting on those pellets is an exhausting business and so I afterwards collapsed again into my bed, although I believe I made a short excursion to my recycling box in between.

Mrs. Human was still occupied with her computer problem, here nose and cheeks were becoming quite pink with excitement, but I remained in my usual calm feline state. I decided to take it easy again and in the evening I had real food, the stuff made of something that was once alive, full of juice. Of course, I had to recover afterwards and again retired to my bed. During the night I had a few moments of serenading the humans whilst they were sleeping, but they ignored me and so I decided to continue my sleeping session. And then it was morning, so I dragged myself again to my food bowl, whilst Mrs. Human was still dealing with her photographic computer problem and then……. no, I am repeating myself, but so is the hardworking stress day of a feline.