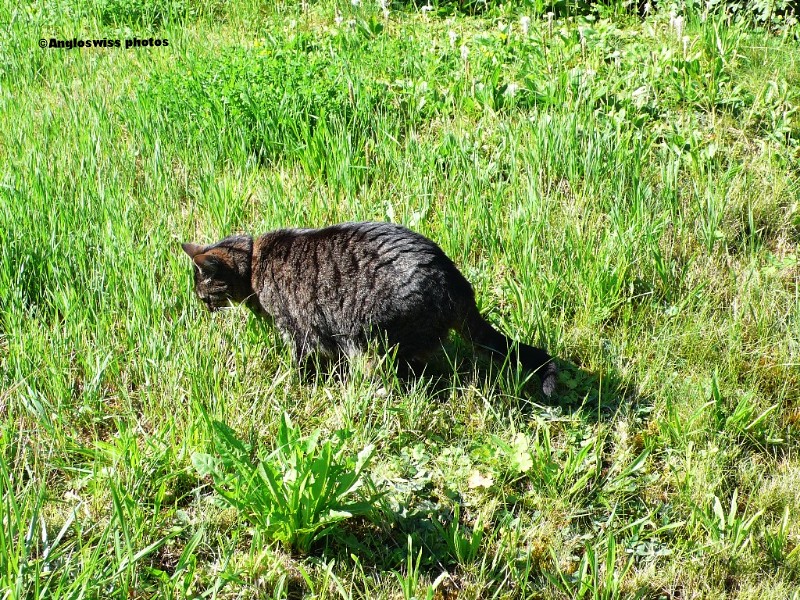 And so the brave feline made her way, undaunted, ready to fight her way throughout the grasslands. Every paw step was analyse by counting every blade of grass  Would it be safe to march on ahead, would there be dangers lurking in the high grass.  And then she crossed the field. Now it was wide open country, no protection and it began to rain. She also heard a dog barking nearby.

She made her choice. Should she stand her ground and prepare for a fight to the bitter end? She saw the dog approaching, it was barking and its tongue was hanging out. The rain was falling heavier. She made her decision.

Picking up her ears and sniffing the air she finally saw the welcome sight of the cat flap. She was now in her own territory. Yes, she meowed to herself, hiking is great but home is even better. She charged through the cat flap. She gave herself a wash, curled up and slept to recover from the exertions of the hike in her home and postponed the idea of further excursions, at least until the dog disappeared.